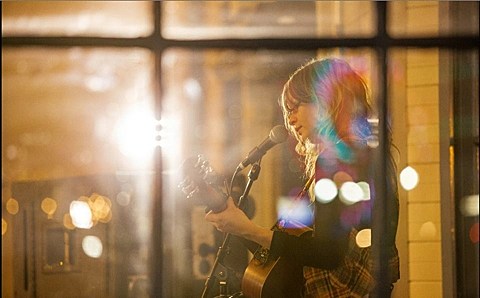 As discussed, California folk singer Jessica Pratt will be making her way to NYC for a free Brooklyn Night Bazaar show on February 21 with Widowspeak and Porches. It was initially a one-off, but she's since added another free show to happen the next night: an in-store performance at Other Music on February 22. It starts at 9 PM and space is limited.

Brooklyn Night Bazaar is also where Speedy Ortiz plays TONIGHT (2/7) with Krill, Odonis Odonis, Heeney and Infinity Girl. And like Jessica, Speedy also play an in-store at Other Music on Monday (2/10).

Other upcoming Other Music in-stores include Cibo Matto (2/14) & Wayne Coyne (2/8). Other Music will also be at the Brooklyn Flea Mini Record Fair this weekend.

Stream Jessica's newest single, "Game That I Play," below...

Jessica - "Game That I Play"