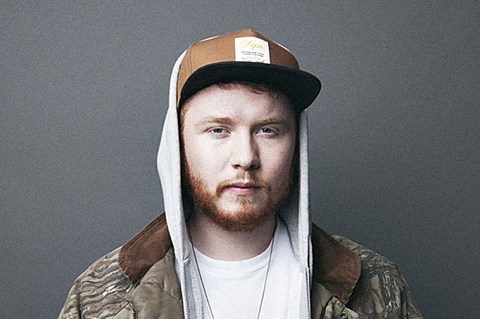 Bristol, UK house producer Julio Bashmore has released some singles and EPs over the past few years, like "Au Seve," the first release on his own Boardwalk label, and earlier this year he provided the dancefloor-ready beat to Jessie Ware's "Imagine It Was Us" single (and some of her Devotion LP). He also released a collaborative single with Kowton called "Mirror Song" this month via Boardwalk, which was backed by Kowton's new track, "And What?." You can check out the video for "Mirror Song" and a stream of "And What?" below.

Julio is set to come to North America for a tour here this August. That tour includes his opening slot at the previously discussed Disclosure/TNGHT co-headlining show at Central Park Summerstage on August 6 (tickets), and his appearance at the just-announced Warm Up summer series at MoMA PS1. Julio plays Warm Up on August 10 with Detroit techno vets Octave One (live), Hyetal, and DJ Dodger Stadium (aka Jerome LOL and Samo Sound Boy). Tickets for all Warm Up shows go on sale June 5 at noon.

Hyetal, who also hails from Bristol, makes UK-style dubstep under his own name, and is also part of the duo Velour with Julio Bashmore. Earlier this year, Velour released the dancey single "Speedway" b/w "Dial," which you can stream both tracks from below. Hyetal's new solo album, Modern Worship, comes out on June 4 via True Panther, and you can stream two tracks from that album below too. His appearance at Warm Up is his only currently announced North American date.

All Julio Bashmore dates are listed, along with the tour flyer and streams/videos, below... 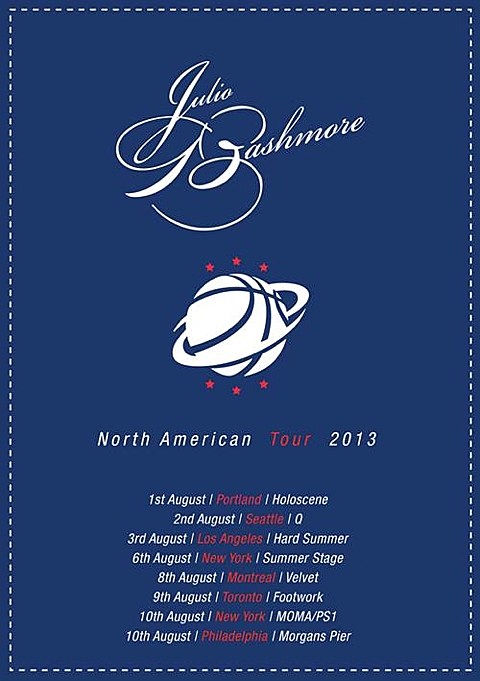