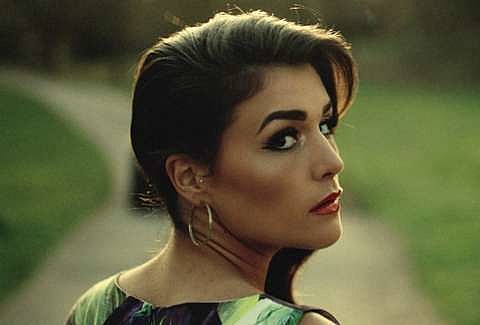 Jessie Ware, who you might remember as one of the voices on the SBTRKT album or maybe from Joker's "The Vision", is now set to release her own album. It's called Devotion and it's due out August 20 via PMR Records. You can stream two album tracks -- "WIldest Moments" and "110%" -- and check out the video for a third -- "Running" -- below, along with the album's tracklist.

Jessie Ware has a few upcoming dates this summer (none in North America at the moment), and one of those is Pukkelpop in Belgium. A list of all Jessie Ware dates, videos, song stream and album tracklist below...