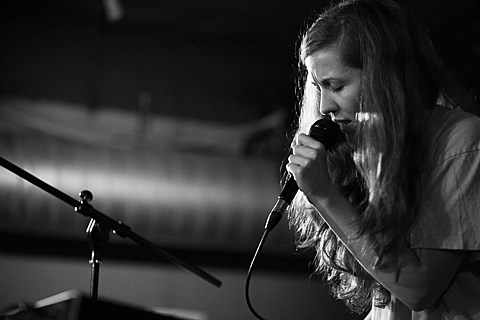 Ontario singer/producer Jessy Lanza released her debut album Pull My Hair Back via Hyperdub (Burial, Laurel Halo) earlier this year. It was co-produced and co-written by Jeremy Greenspan of Junior Boys, and falls somewhere between future R&B, the synthpop of Grimes, and the type of production that usually feels at home on Hyperdub. You can watch the video for its track "Kathy Lee" below, and stream the whole album on RDIO.

All dates are listed, along with that video, below...