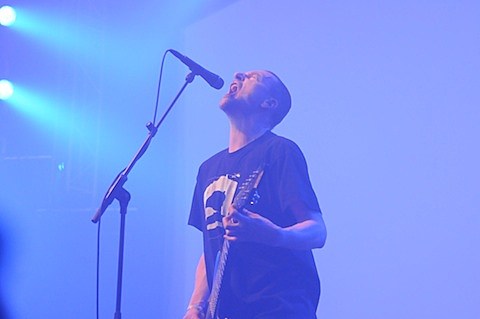 Jesu has released digital singles, EPs and compilations in recent months, but will now release a new LP called Ascension, his first proper album of new material since 2007, and his Calo Verde Records debut. The effort, due on May 10th, will be released on CD/digital and features the alternately crushing and shoegaze-y beauty known as "Small Wonder" which premieres in this post. Stream it below, and stream another track, "Birth Day", at the Calo Verde site, who is currently hosting a pre-order.

Justin Broadrick was also one of the early members of Napalm Death (who is still active without him) and a founding member of Godflesh, who played a full album at Roadburn 2011 over the weekend.

The song stream and some Jesu and Godflesh videos, below...

Jesu "We all faulter" live in San Francisco