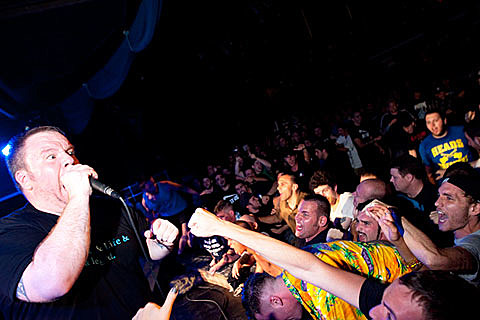 The previously announced Unbroken show taking place at Santos Party House in April will also host a pair of other notable bands. Indecision and Jesuit have been announced as the support! Still no word on the forthcoming Jesuit discography due on Magic Bullet Records, but we'll keep you informed. FYI, Jesuit featured Nate Newton of Converge/Doomriders.

Unbroken, not to be confused by the new book by Seabiscuit author Laura Hillenbrand, will also play Chaos in Tejas in the first week in June, reportedely their last ever show, alongside notables like Autopsy, Doom, D-Clone, Isterismo, Miasmal, Xibalba and many esteemed others.