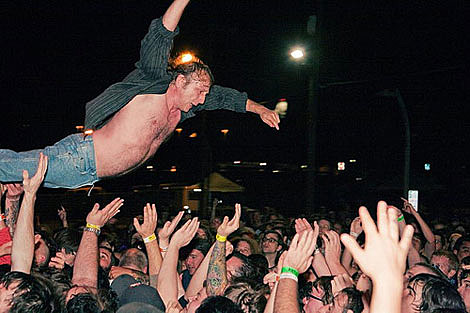 There have been plenty of chances to catch The Jesus Lizard since they reunited. They've played Europe and a bunch of festivals. They played the Pitchfork Festival, Fun Fun Fun Fun Fest, and even ATP NY just a short drive north of the city. They even played in NYC on Halloween at a Vice party. They have not however yet played a completely public show as a reunited band in NYC. That is until tonight, 11/16, at Irving Plaza with Skeleton Key (and tomorrow at the same venue with Noveller). Tickets are still available for both shows (though only a "handful" left for tonight at the door).

If you stand close to the stage, be ready to catch David Yow. He is known to jump the second they hit the stage. Above picture from Day One of Fun Fun Fun Fest. Video and all dates below...

Chicago gets them on New Years Eve... 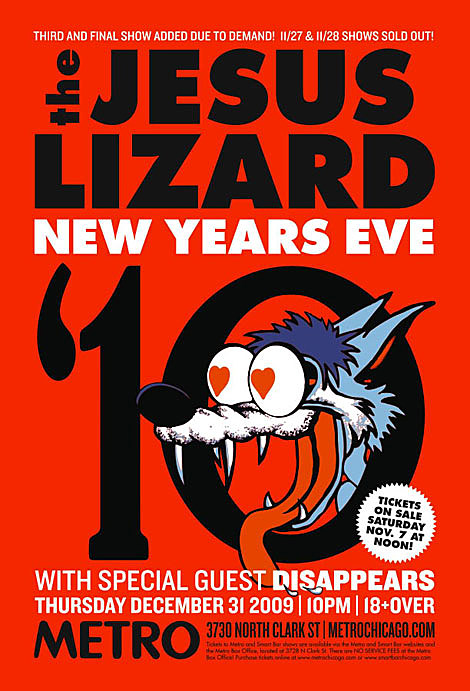