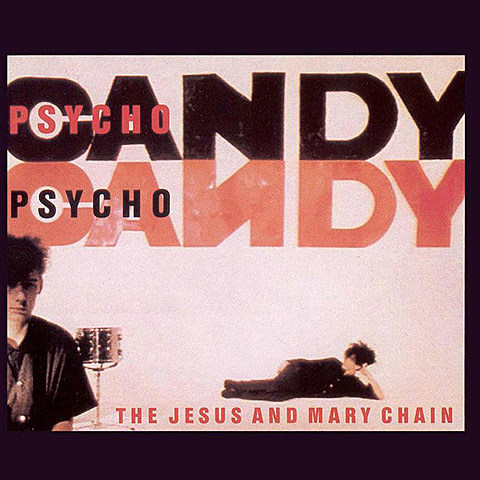 The Jesus & Mary Chain's debut album, Psychocandy, was a gamechanger in the indie world, marrying girl group pop to blistering feedback. (Not that they were totally the first to dabble in this, but they did it more blatantly than anybody else.) It's been imitated so much since it's easy to forget what a landmark album it was at the time. The record turns 30 next year and the Reid Brothers will be celebrating with a short UK tour in November where they'll play the album in full:

For those in other parts of the world, fear not. The band say these shows are just the "opening salvo in what threatens to be a host of live onslaughts, festival dates and other special plans from the band in the run-up to Psychocandy's anniversary date next year." (JAMC last played the U.S. in 2012.) The big question here is can they rope original drummer (and now Primal Scream frontman) Bobby Gillespie into playing at these shows. In the meantime, buy your earplugs now.

You can stream Psychocandy in full below, and watch an entirely crazy/hilarious Canadian TV interview with the band from 1985, the days when their egos knew no bounds.

Pitchfork reports that JAMC have signed with Creation Management which is run by onetime Creation Records magnate Alan McGee. Creation put out the Mary Chain's first single, "Upside Down," which not only launched the band's career but helped turn the label from small potatoes business into the one that signed My Bloody Valentine, Primal Scream, Ride, and Oasis. Upside Down is also the name of the very entertaining 2010 documentary about Creation Records that does a great job of charting its very sex, drugs and rock'n'roll rise and fall, with interviews with most of the label's major players and bands. If you've never seen it, it's being screened in NYC at Videology on May 22. Full disclosure: it's part of the monthly "Sound & Vision" series which I host. There are giveaways (including some vintage Creation Records imports and a pass to NYC Popfest) and I'll be spinning Britpop after the screening. It starts at 8 PM and is free and open to the public.

The trailer for Upside Down: The Creation Records Story and a stream of Psychocandy, below...