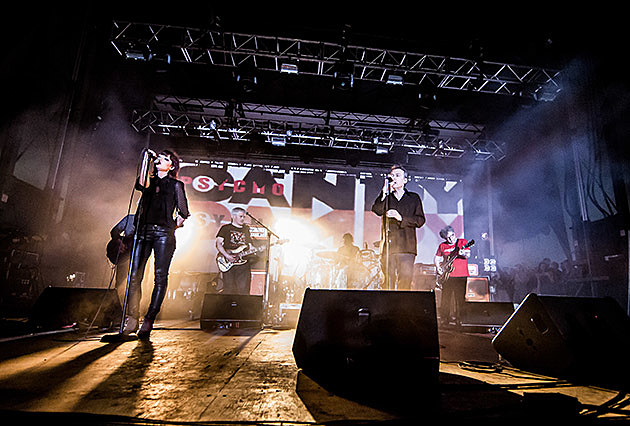 The Jesus & Mary Chain will be in NYC this week as part of their Psychocandy 30th Anniversary Tour, playing Terminal 5 on Thursday (9/24) and Friday (9/25) with The Black Ryder opening both nights. Tickets are still available. For those who like JAMC but less interested in nostalgia, Time Out NY interviewed singer Jim Reid who told the mag that the band are working on a new LP:

We are! We're doing an album now. We actually just started recording. It's early days, but I would say it's a more mature sound for the Mary Chain. But let's just wait and see.

Stay tuned and in the meantime watch a classic, hilarious interview with the band in their ego-fueled 1985 prime.