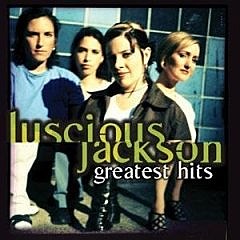 One of this week's interesting releases is definitely Luscious Jackson's CD of Greatest Hits. You can LISTEN to the whole thing at AOL.

Interesting, but maybe not as great, is the other Luscious Jackson CD coming out this week - the one called "City Beach" by ex-frontwoman Jill Cunniff.

AND MOST INTERESTING is that Jill has some shows scheduled. She'll be playing solo stuff in addition to LJ songs:

She's also playing SXSW, but is so far missing from the schedule.