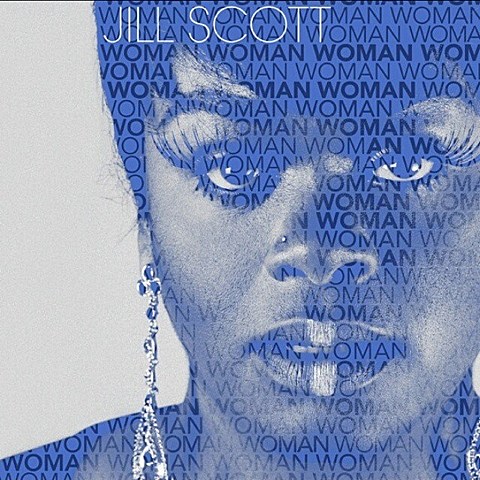 Earlier this year, neo-soul great Jill Scott put out two singles, "Fools Gold" and "You Don't Know." It's since been revealed that both of those songs will appear on her fifth album, Woman, which is due July 24 via Atlantic. It's her first for that label (2011's The Light of the Sun was on Warner). She executive produced the album with longtime collaborator Andre Harris and Aaron Pearce. If you haven't heard the singles yet, you can listen below. That's the album artwork above.

As previously mentioned, Jill has a tour coming up, and since we last spoke, BJ the Chicago Kid was added as an opener to several dates. He'll be at both NYC shows, which happen July 22 & 23 at Kings Theatre. Tickets for both are still available.

BJ the Chicago Kid also discussed a Jill Scott collaboration in a HipHopWired interview earlier this year, and he appears on Slum Village's single "Expressive" off their album, Yes!, which came out yesterday. Watch the videos for that song and the interview, with the list of tour dates, below...