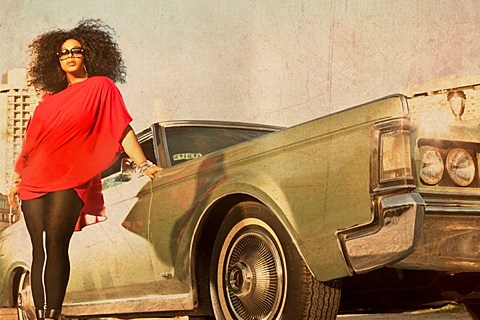 Neo-soul great Jill Scott is still doing shows in support of 2011's The Light of the Sun, and she's got a few more coming up this year, including a couple year-end shows in the NYC-area. First she'll play an Atlantic City show on December 29 at Caesars, and then she'll come to NYC on the actual night of New Year's Eve for a show at Radio CIty Music Hall (12/31). Opening the Radio City show is Luke James and DJ Premier. Tickets for the Atlantic City show go on sale today (10/25) at 10 AM, and tickets (same link) for the Radio City show go on Chase presale today at 11 AM, with a general on-sale beginning Friday, November 1 at 11 AM. All dates are listed below.

Browse our 'New Year's Eve' tag for more NYE options in the NYC-area.

As discussed, Jill Scott contributed vocals to "Calls" off the new Robert Glasper album. That song recently got the video treatment, which you can watch, along with a Spotify stream of Jill's most recent album and the list of tour dates, below...

Jill Scott - The Light of the Sun