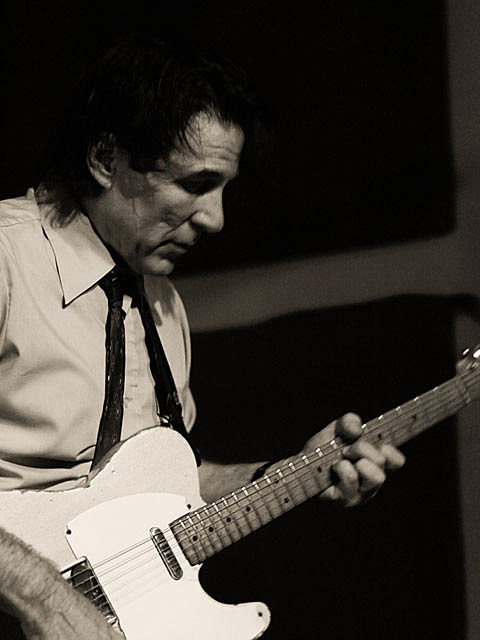 Guitar wizard Jim Campilongo and The Living Room have a long history together. In fact, I think we've posted about more JC shows at Living Room than any other artist who ever played there. It seems super appropriate then that, DESPITE WHAT IT SAYS ON THE VENUE AND CMJ'S WEBSITE, Jim's new project is the first-ever show (that we know about) at the opening of the venue's new Brooklyn location tonight (10/21). Jim says:

Tonight the 18 Wheelers play two shows- the new Living Room at 9pm, then a few doors up Metropolitan Ave at Skinny Dennis from 10pm to Midnight. Really looking forward to our road trip!

In related news, Jim recently launched a Kickstarter to raise money to record with the Honeyfingers.

My Cousin, The Emperor is listed on The Living Room's website as the first band tonight, but they sent out this message earlier today: "Due to unforeseen circumstances, tonight's performance at The Living Room has been cancelled. I will be rescheduling it for early December (although it will probably be a full-band and not a solo acoustic show). If you were planning to attend, I appreciate your support and apologize for any inconvenience." Jim is now in that slot. And as Jim mentions, after that, Jim will immediately head to Skinny Dennis which is on the same block (Metropolitan Ave between Berry / Wythe) for a 10 PM set.