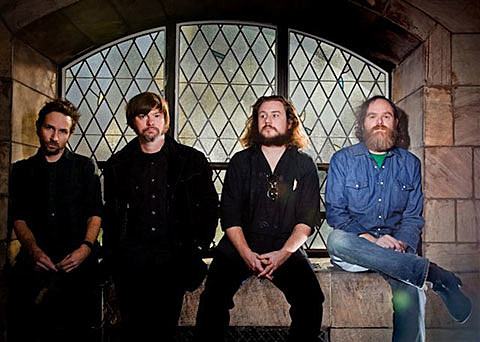 Jim James, Jay Farrar, Will Johnson (who previously collabroated with Jim James in Monsters of Folk), and Anders Parker (who previously collaborated with Jay Farrar in Gob Iron), have teamed up to record an album titled New Multitudes, which comes out February 28 via Rounder Records. The album features twelve tracks, all of which were written lyrically by Woody Guthrie but never recorded, and Jim, Jay, Will, and Anders have written original music to accompany the lyrics.

"Under the invitation of Nora Guthrie, Woody's daughter, to tour the Guthrie archives, each of the four songwriters were offered the chance to plumb and mine the plethora of notebooks, scratch pads, napkins, etc. for anything that might inspire them to lend their voices and give the words new life. "These guys worked on an amazing group of lyrics, much of it culled from Woody's times in LA. Lyric wise, it's a part of the story that is still mostly unknown. From Woody's experiences on LA's skid row to his later years in Topanga Canyon, they are uniquely intimate, and relate two distinctly emotional periods in his life.""

A limited edition will be available with twelve additional tracks written by Jay Farrar and Anders Parker and it also includes Woody Guthrie's original lyric sheets. Check out album track, "Old LA," which is streaming below, along with the album artwork and tracklist.

The four folkies will head out on a short US tour together in support of the album this March. That tour hits NYC on March 14 at Webster Hall. Tickets go on sale Friday, 1/20 at noon, with an AmEx presale starting two days earlier. All dates are listed below.

"At Carnegie Hall the Blind Boys of Alabama, the Del McCoury Band, My Morning Jacket, Steve Earle, Merrill Garbus of Tune-Yards, and Yasiin Bey (formerly Mos Def) were on hand. So were the New Orleans-born musicians Trombone Shorty and Allen Toussaint, who sang a tribute to the band for putting "pride in your stride."

While it's a paradox that welcoming outsiders and trying out hybrids is a survival tactic for a deeply local tradition, that's a fact of life for present-day New Orleans." [NY Times]

My Morning Jacket also apparently played a secret show of some kind while they were in town. 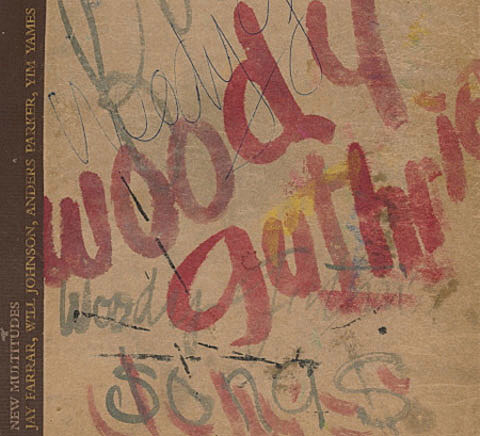