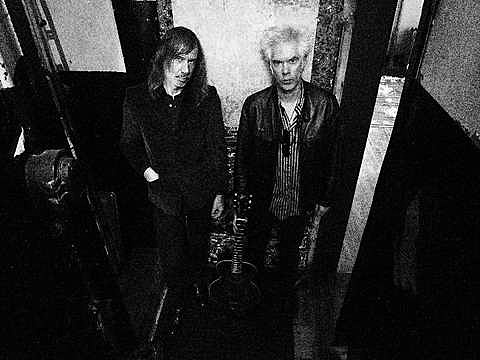 Composer/lutist Jozef Van Wissem and filmmaker/guitarist Jim Jarmusch released the album, Concerning The Entrance Into Eternity, this past February and they've already announced that they'll put out a second album together this year. The new one is called The Mystery of Heaven, and it's due out on November 13 via Sacred Bones, who just worked with another cult/experimental filmmaker David Lynch to reissue the Eraserhead soundtrack. You can check out the 10+ minute music video for album track, "The Sun of the Natural World is Pure Fire," below. Someone tell Explosions in the Sky a new bar's been set for epic song titles.

The duo don't have any shows together lined up at the moment, but Jozef Van Wissem has some solo shows scheduled including the previously discussed show at Le Poisson Rouge on September 10 with Noveller (tickets), and another NYC show which happens on October 4 at Issue Project Room, where Jozef and Jim played together earlier this year.

Jarmusch is also busy working on his next film, a vampire romance titled Only Lovers Left Alive, starring Tilda Swinton, John Hurt, Mia Wasikowska, Tom Hiddleston and Anton Yelchin which will be out in 2013.

A list of all currently known dates and that video are below.