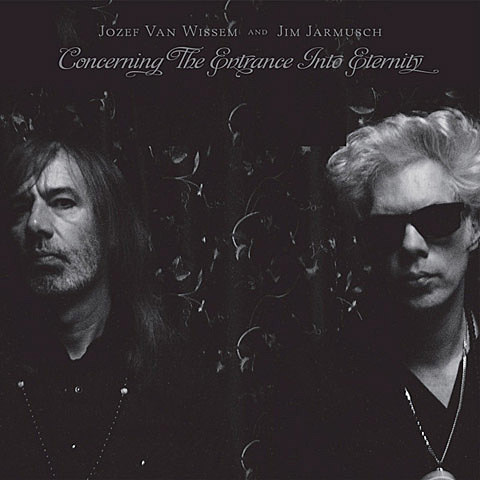 "Any Jim Jarmusch buff could tell you that the man has great taste in music. Take the original scores for Stranger than Paradise and Dead Man, by John Lurie and Neil Young, respectively--stand-alone masterpieces that mesh beautifully with the director's stark black-and-white palette--or the killer lineup (Stooges, Sleep, Raekwon) he put together for the 2010 ATP New York fest. Curating isn't the same as performing, though, and even a disciple hip to Jarmusch's stint as keyboardist for early-'80s NYC art punks the Del-Byzanteens might second-guess his current instrumental abilities.

So what a happy surprise it is that Concerning the Entrance Into Eternity (Important), a new record that pairs Jarmusch's guitar with Jozef Van Wissem's lute, is one of the young year's most engaging listens: an album that dispels within seconds any sense of a filmmaker turned dilettante musician. -[Time Out NY]

Concerning The Entrance Into Eternity is not due, via Important Records, until 2/28, but both Dutch lutanist and composer Jozef Van Wissem & Jim Jarmusch will celebrate the release with performances at Issue Project Room on February 3rd at 8PM and 10PM. Tickets for the early show appear to be sold out, but the late show is still on sale (same ticket link for both).

Check out a song from the record as well as a live set of the pair at WNYC below.