All Tomorrow's Parties will return to Kutsher's Country Club, Monticello for the third ATP New York festival over Labor Day weekend, running from Friday 3rd September - Sunday 5th September. We are very excited to announce that legendary film-maker Jim Jarmusch, well known for his fantastic collaborations and documentaries with musicians will be the guest curator on Sunday 5th.

Jim as curator is not completely surprising since he took part in the 2009 fest as well. Bigger posters, more info on the 2010 fest, and the updated lineup is below!... 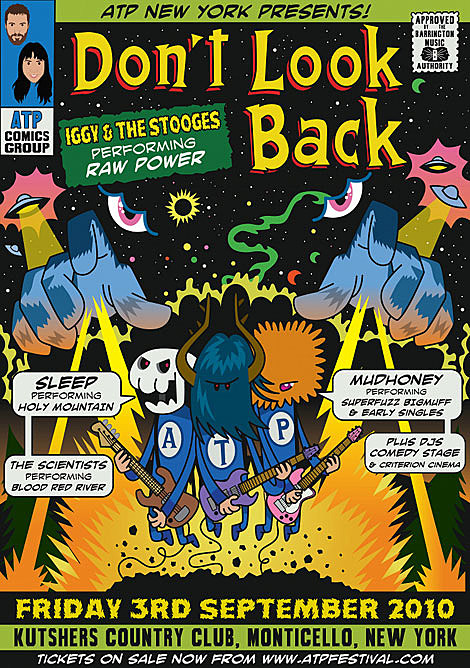 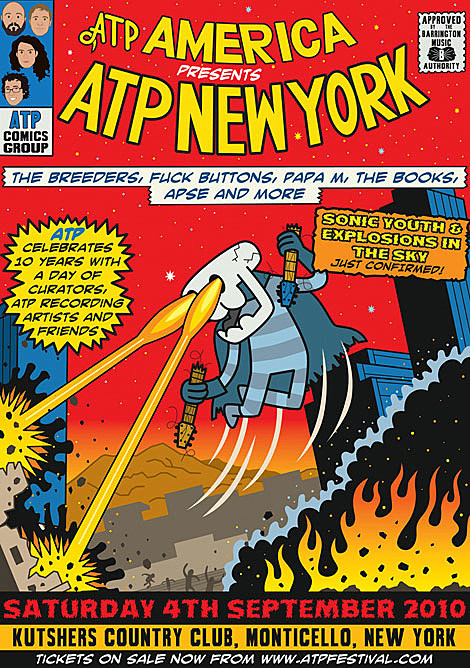 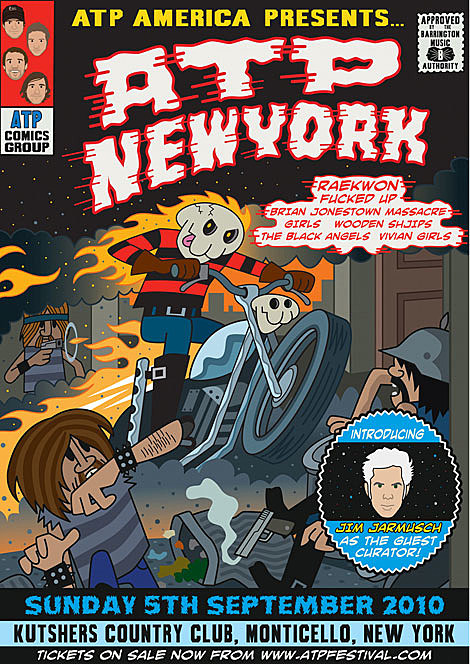 NEWLY CONFIRMED - ATP celebrate 10 years with a birthday party on Sat 4th September and are happy to announce a day of past ATP curators, ATP Recordings artists and friends, with the first announcements being:

SONIC YOUTH
EXPLOSIONS IN THE SKY
THE BREEDERS
F**K BUTTONS
THE BOOKS
PAPA M
APSE
+ more to be confirmed!

All three days will also feature DJs and Cinema presented by Criterion.

We can also confirm that this year the bars, food vendors and Djs will continue until 6pm on Monday 6th September so that all guests can enjoy a more relaxing start to their post-ATP week!

Accommodation at Kutshers is on sale now with only 6 person rooms still available. Alternatively rooms for groups of 3 or 4 are available at the nearby Raleigh hotel (we operate a free shuttle bus between the hotel and festival site all weekend). Rooms are priced at $150 + room tax per person, full information available at atpfestival.com.

Weekend and Day Tickets, Accommodation and Bus Travel from Manhattan and Brooklyn are available now - click here to buy!