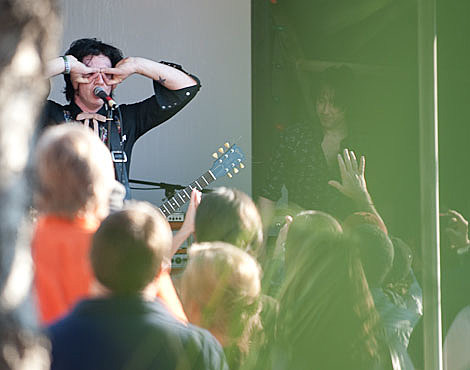 THIRSTY: ...What's your plan for the next few months of riding this big wave after SXSW?

Jim Jones: Well, I mean like we're really keen to sort of like work in the States. Obviously it's like sort of the birthplace of rock n' roll.

Rupert Orton: It's our calling card, coming to SXSW. It's alright. Play a bunch of shows - this is what we do, this is what we're about, hopefully people will pick up on it, and taking it to the next stage would mean doing a longer tour and coming back for some more dates. I think we're coming back to New York in late July for a few shows in Brooklyn and Manhattan. Build it up. I mean we're more, obviously we're more established in Europe and the UK and France but we'd like to build up here, you know, cause we're playing essentially American music.

UK garage rock band Jim Jones Revue, fronted by the ex-Thee Hypnotics singer of the same name, made their US debut at SXSW. One of their gigs in Austin was at the BV/Anso day party at Spider House where the band, all clad in black, brought much rock, and many rock moves. Belated pictures from that are above and, with a video, below.

Coming up, the Jim Jones Revue will be playing a trio of New York shows to celebrate the US release of their self-titled debut LP. The band already has another album in the can too. The first of those shows will be on Thursday, July 22nd at Mercury Lounge (tickets), followed by Maxwell's on July 23rd (tickets) and Knitting Factory on July 24th (tickets).

More pictures and all tour dates are below... 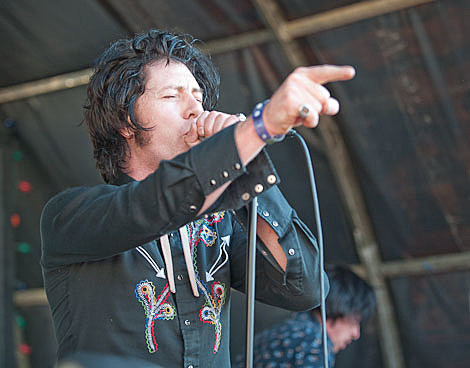 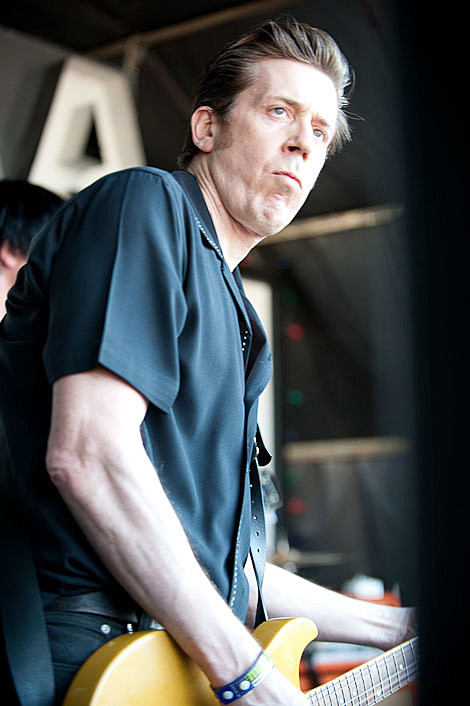 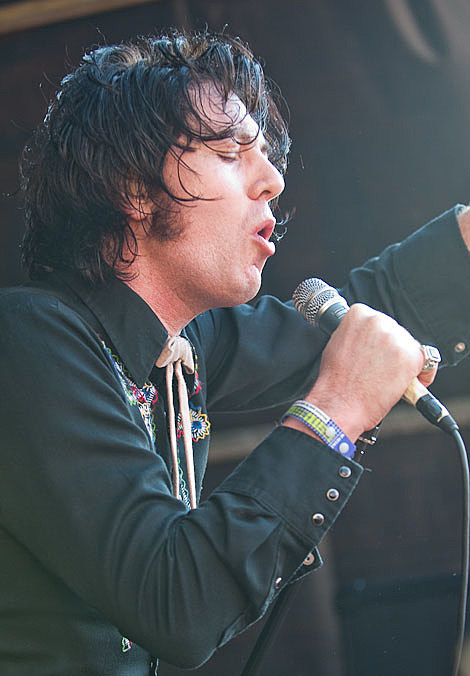 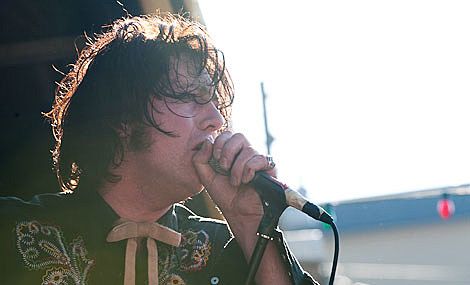 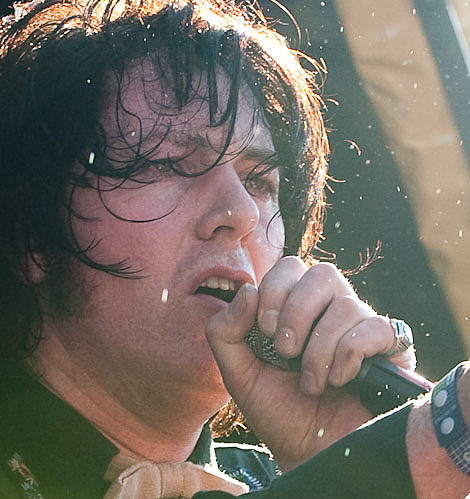 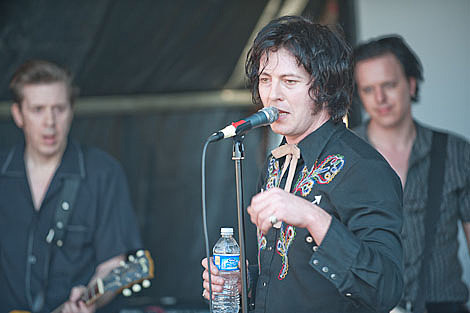 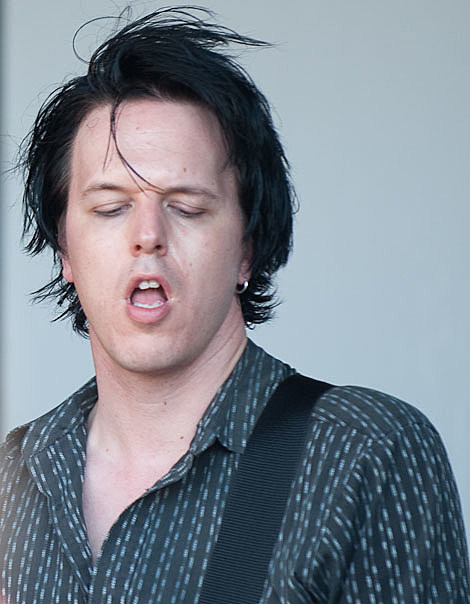 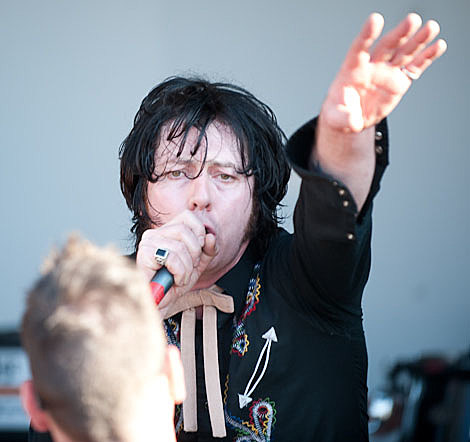 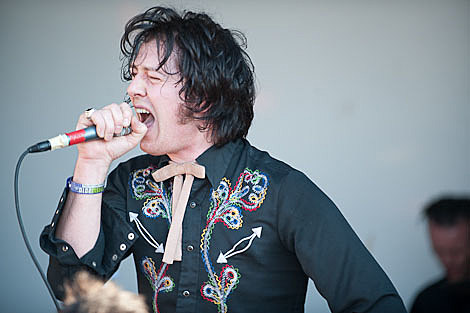 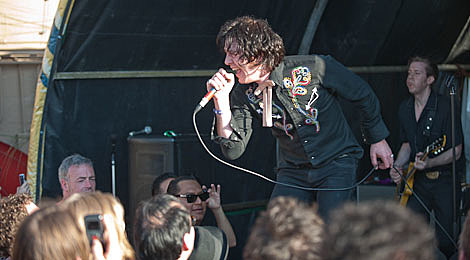 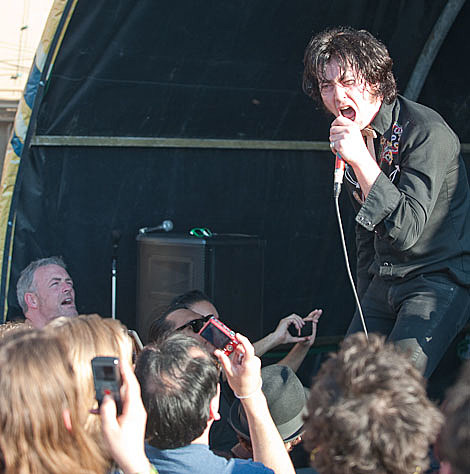 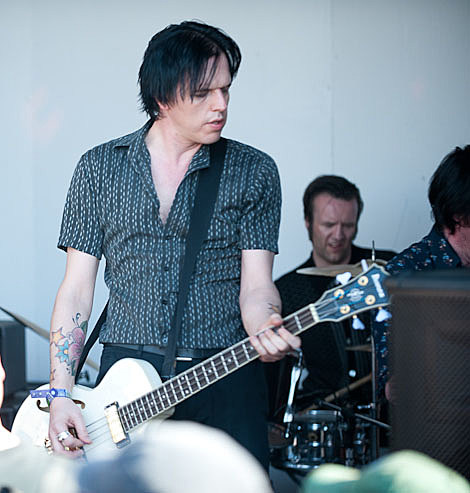 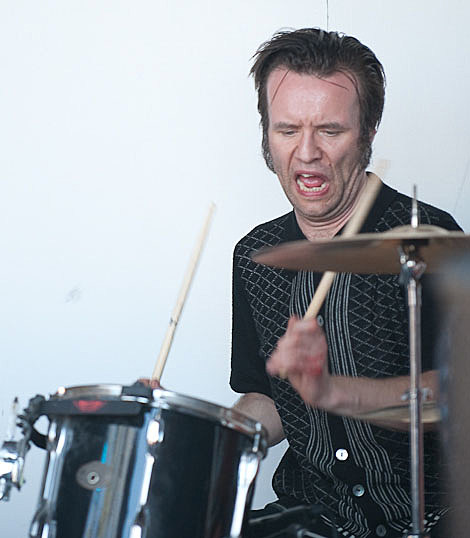 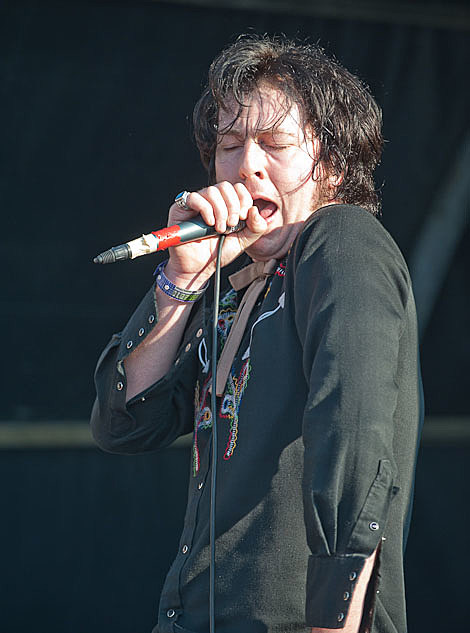 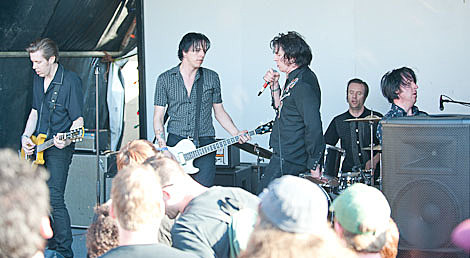 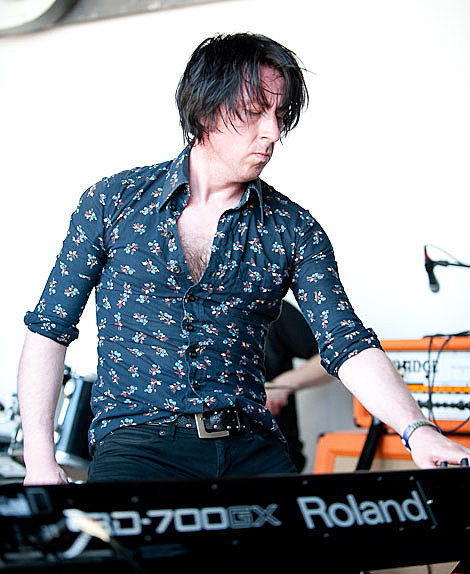 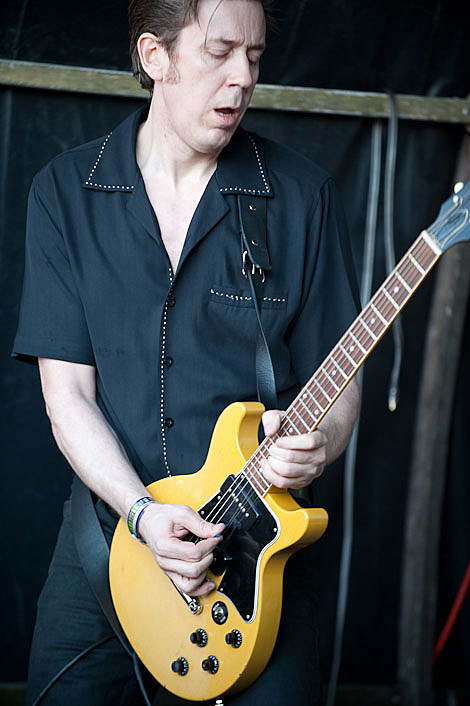 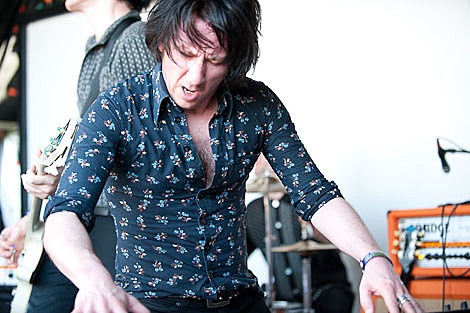 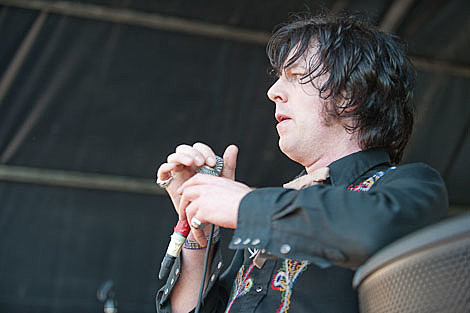 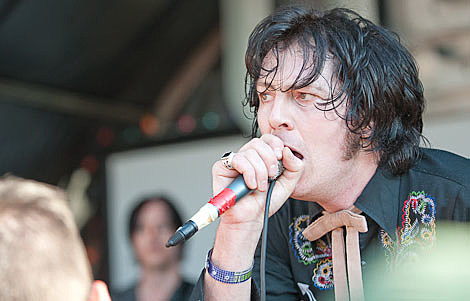 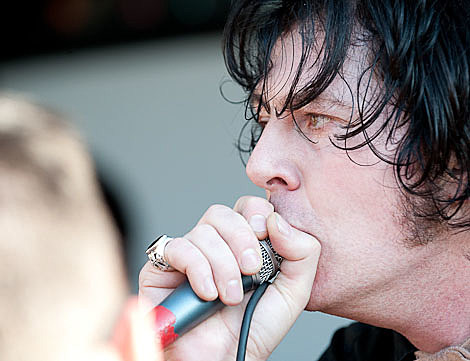 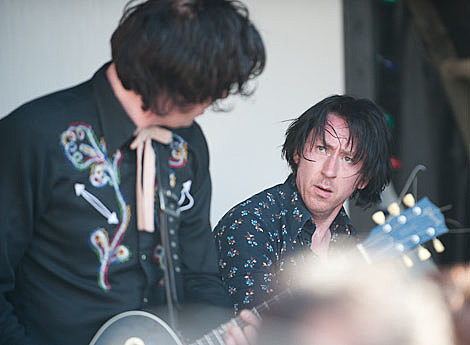 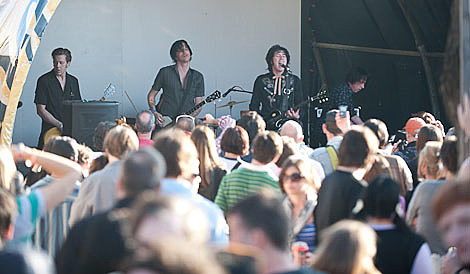 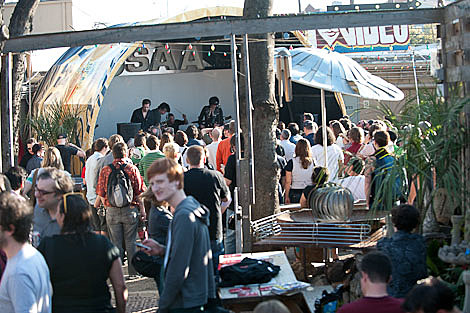