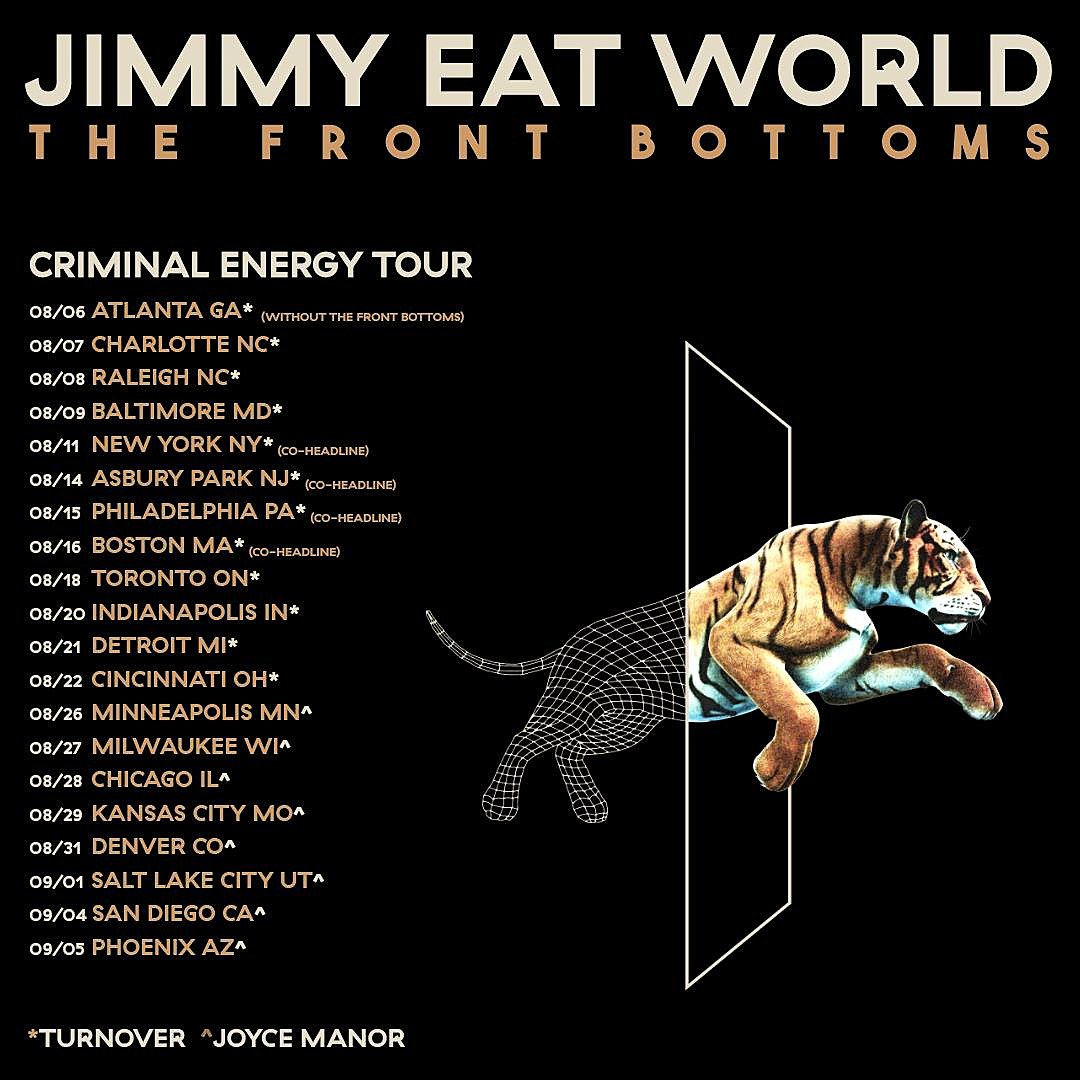 To sweeten the deal, support on some dates comes from Turnover and Joyce Manor!

For Jimmy Eat World, this tour will be in continued support of last year's very good Surviving, which we said the following about:

If Integrity Blues was a descendent of Futures, then Surviving is a descendent of 2001’s Bleed American, the album that took Jimmy Eat World from “Rockstar” to rock stars. When they wrote that album, drummer Zach Lind said, “We’d gotten interested in people like Tom Petty and Bruce Springsteen – guys who wrote really great, big American rock songs,” and it sounds like they’ve done the same thing on Surviving. It’s a lean ten-song album with no obvious filler, and more than half of these tracks are crunchy, power pop-tinged, alternative rock anthems that sound like they would’ve been as radio-ready in the early 2000s as “The Middle” was.

Even with a new album to support, we can probably count on career-spanning sets. The band says: "Whether we’ve slept on your floor after the ‘97 basement show or you’ve just only recently heard about us, we will have something you’d be into catching live!" Jimmy Eat World also have other upcoming tour dates this year, including opening some of the overseas dates on My Chemical Romance's reunion tour.

The Front Bottoms are expected to release a new album this year, and while most details on that are still being kept under wraps, they did recently release the new single "Camouflage." They also have a headlining tour of their own, including a NYC show on April 17 at Hammerstein (tickets).

We included Jimmy Eat World, The Front Bottoms, Turnover, and Joyce Manor on our list of the 100 Best Punk & Emo Albums of the 2010s.

And all dates again: