Jimmy and friends (as previously posted) 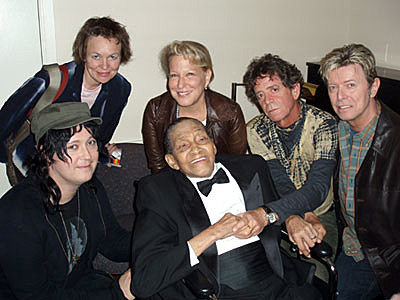 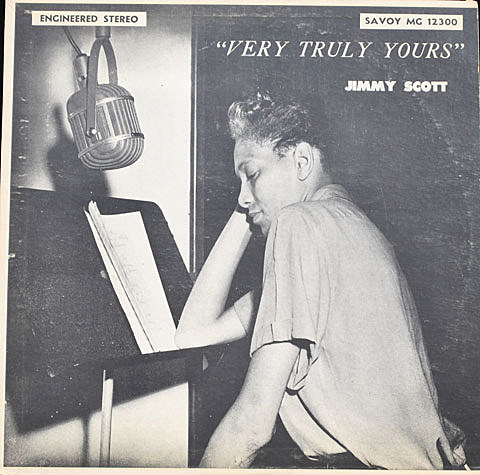 Just heard the sad, sad news that legend Jimmy Scott has passed away, but at 88 years the influential singer with the special, special voice lived a long life and will be remembered forever. Reuters reports:

Jimmy Scott, a jazz singer whose soulful, androgynous voice won him the admiration of the likes of Ray Charles and Lou Reed before he found a wider audience later in life, has died at age 88, his wife said on Saturday.

Scott died in his sleep at home in Las Vegas on Thursday as a result of cardiac arrest following a period of illness, his wife, Jeannie Scott, said in a telephone interview.

Scott became known as a "singer's singer" who was revered by music figures such as Reed, Quincy Jones and Madonna for rendering standards from the American songbook in his distinctive high register.

His unusual voice was a result of being born with a rare genetic condition called Kallmann syndrome, which meant he never passed through puberty.

Rest in Peace, Jimmy, and say hi to Lou!

Some videos, including the trailer for a documentary on him, below...