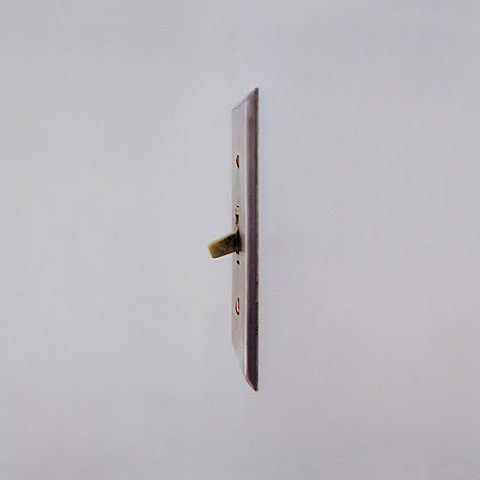 Between his remix contributions, work as Jesu and other psuedonyms, and overall pioneering work ethic, it seems somewhat appropriate (but sad) to watch the influential labelHydra Head Records sail off into the sunset with a final release from an artist of Justin Broadrick's influence.

But enough with the tears. The new split, titled Worship is the Cleansing of Imagination, features Broadrick as JK Flesh along with the great noise technician Prurient on the flip, each contributing three songs. (The artwork, with a lightswitch in the "off" position is also perhaps a nod to the label's final bow.) Prurient's noisy, instrumental contributions stray from his aggressive darkwave-y LP, Bermuda Drain, which hit the label last year; while JK Flesh's three tracks come off like a glitch-y cross between Godflesh, drum 'n' bass, John Carpenter soundtracks and some of El-P's noisier productions. Stream tracks from the split below including JK Flesh's "Fear of Fear" which makes its debut here. Preorder yours at Hydra Head before the 12/11/12 release. Long live Hydra Head.

In other Justin Broadrick news, Jesu recently dropped the vinyl version of the 2010 Christmas EP via Robotic Empire, as well as his now sold-out contribution to the Matador Singles Club, "Duchess" b/w "Veiled".

Stream that Christmas EP and songs from the new JK Flesh/Prurient split below.