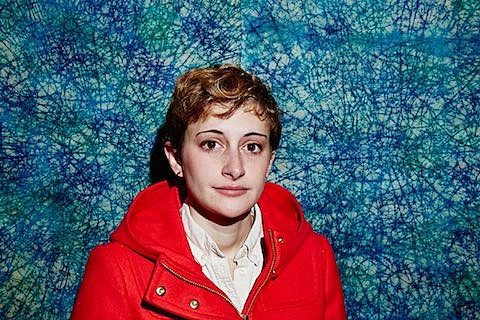 When tasked to define the central characteristic of alternative comedy at the moment, the obvious answer seems to be its playfulness. Whereas the genre's earlier incarnations saw a decidedly dark streak of humor (The Maria Bamford Show jumps to mind), these new comedians take far more pleasure in exploring the lines between character and comedian, performer and audience, and most of all, "high brow" and "low brow." Take, for example, Joe Rumrill and Tynan Delong's "official improv troupe of MTV Spring Break" - although they're ironically commenting on bro culture, it somehow seems just as much a reflection on the comedians themselves.

But then again, it's nearly impossible to define the current alternative stand up community in one word. Joe Pera's characters teeter on the brink of quiet insanity, while Mara Wilson's one-woman-show "What Are You Afraid Of?" is almost therapeutic in its frankness about anxiety, irrational fears, and laughing at ourselves. Mary Houlihan, the venerable renaissance woman of Brooklyn, employs her visual arts background in her comedy, hosting her puppet, animation, and human being variety show Cartoon Monsoon at Brooklyn's newest alternative venue, The Annoyance Theatre (be sure to catch the last show November 21).

If you're looking for a crash course in New York's booming alternative comedy underground, though, there may be no better place to start than Jo Firestone's titular alternative comedy experience, the Firestone Festival, that combines these forces into one mega-alternative-comedy-festival happening Saturday, November 14 at Hand & Detail in Williamsburg (which was home to that Car Wash show during CMJ). No relation to the other comedy fest happening at the same time in NYC (of which she is also a part), the Firestone Festival goes from noon - 10 PM.

More details below and tickets for Firestone Festival are on sale now.

Firestone is arguably the greatest success story to come out of this burgeoning alternative scene. She has her own radio show on WFMU, hosts multiple highly popular variety shows, and has opened for Arcade Fire's Will Butler (and will again). Just as The State expanded the realm of what comedy could be in the 1990s, Jo Firestone has consistently pushed the boundaries, with unequivocal success, of what it means to be a "comedian." She has somehow managed to turn "game show" into a sketch comedy format - anyone can participate, anyone can be the star of the show. Her efforts have not only lead to personal successes, but in their wake have left the New York comedy scene more diverse, more inclusive, and more optimistic than ever before. So it's no surprise she is the master of ceremonies for her titular alternative comedy festival, which includes stand up, live sketch, and storytelling, along with art displays and exactly one comedic dance troupe.

I spoke with Jo via email about the Firestone Festival and what to expect...

BV: How did you come up with the idea for the festival?

Jo Firestone: I've put on a lot of shows around New York for the past five years or so, and I've always wanted to do a day-long program. This festival is a combination of comedy shows I really like and performers I really like and seeing what can happen when they're all put together in one day!

BV: Why did you decide to name it after yourself?

JF: My pal Brett Davis suggested I name it "Comics to Wash," as the New York Comedy Festival -also going on this week- has its annual "Comics to Watch" showcase. I was pretty close to naming it that but at the last minute switched it to Firestone Fest. It's in a car wash, there's Firestone tires, my last name is Firestone...There's a very loose connection but it's there!

BV: What can we expect from your set at the firestone fest?

JF: At 5:30, I'm doing this show I've done for 6 years with my friend and writing partner Dylan Marron called Ridgefield Middle School Talent Nite. Other than that, I'm telling a story for Mara Wilson's show and doing a few little things here and there, but most of my creative juices are going toward organizing and arranging for other people to do cool stuff throughout the day.

BV: How did the performers get involved in the festival?

JF: I asked some people I trust to do weird, fun stuff and they recommended other people they trust to do weird, fun stuff. It was mostly through word of mouth. A lot of performers involved are friends. Since this is the first time I've done something so big like this, I figured I'd keep it as manageable as possible. Maybe in a second go around, I'd have it so people I don't know could still submit. I'm always excited to learn about new great performers and comedians.

BV: What is it about the performers that makes their comedy alternative - to what is it an "alternative"?

JF: I think it comes down to that classic age-old question: "would this material go over better in a comedy club or in a repurposed Williamsburg car wash?"

BV: Do you have a favorite comic performing at the fest?

Do you have a least favorite comic performing at the fest? 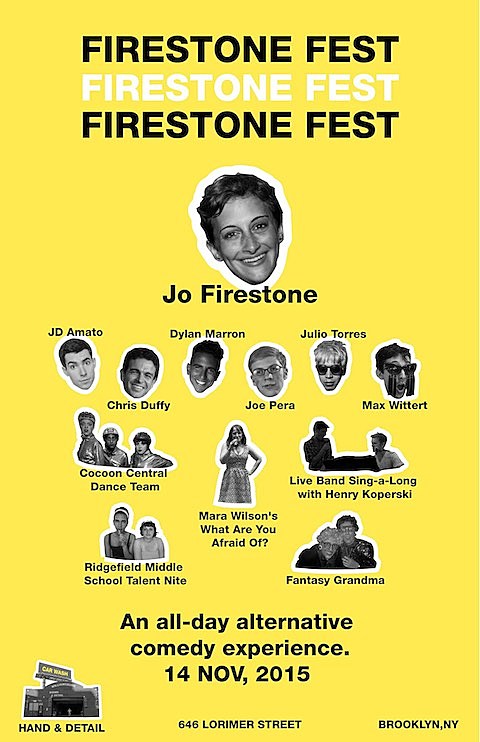