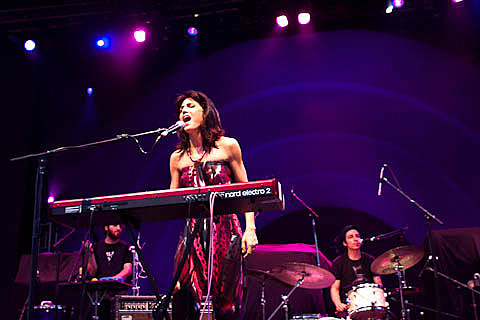 Joan Wasser and band aka Joan As Police Woman are currently finishing up a tour in the US in support of the new LP The Deep Field (out now, MP3 above).

"The Deep Field is a location in space that scientists study to learn about the early universe, and it inspired Wasser.

"I was looking through a science magazine, and there were these amazing photographs," said Wasser. "It was such a beautiful name, not just letters and numbers. And it's a beautiful idea, people searching a part of the sky to understand where we come from." [Seattle Times]

Joan will head out, not all the way to space, but to Australia in the beginning of June but will return for one US show at The Bell House on June 15 with opener Ambrosia Parsley (of Shivaree). Tickets are on sale.

After The Bell House date, Joan will head across the Atlantic for a European tour. All tour dates and some videos below.