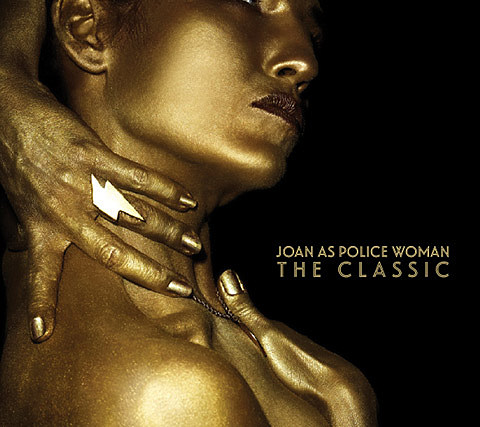 Antony and Rufus Wainwright cohort and onetime Damnbuilder, Joan Wasser will release her fourth album as Joan as Policewoman on March 11. Titled The Classic, it finds her in classic (and classy) R&B mode. "I'm in the best place I've ever been in my life," Joan says in the record's press release and you get that listening to The Classic, which contains some of her most ebullient songs yet, including singles "Holy City" and the album's title track, both of which feature help from Reggie Watts. Videos for both are below.

Joan is about to go on a lengthy tour which will be bookended by shows in Brooklyn. Wednesday, March 5 she'll play a sold-out show at Union Pool and on the return she'll play Rough Trade on May 6. Tickets to the Rough Trade show go on sale Friday (2/28) at noon.

All tour dates are listed, along with the stream and video, below...

Joan As Police Woman - The Classic