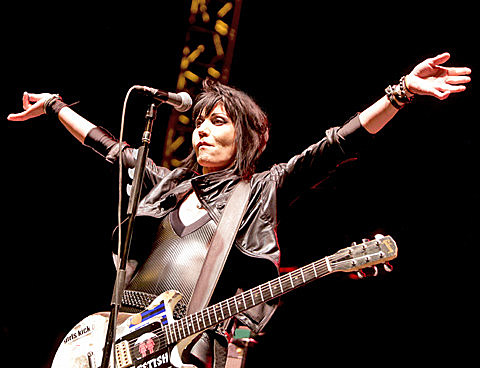 Joan Jett & the Blackhearts haven't released a new album since 2006's Sinner, but that will change next week (9/30) when its followup, Unvarnished, comes out via their own Blackheart Records. For the album, she got some help from friends like Dave Grohl and Against Me!'s Laura Jane Grace, in addition to her Blackhearts bandmates. It doesn't do much to change her hard rock formula, but at this point in her career, there's nothing wrong with more fun, trademark-sounding songs. You can stream the album in full (via USA Today) below.

Joan will be doing some shows around its release, including a just-announced intimate release show in NYC on Wednesday, October 2 at Santos Party House. Tickets for the tiny show go on sale today (9/26) at noon. Tickets come with the new album on CD and a poster.