UPDATE: Yep, Joan fronted Nirvana and so did a few others (like Kim Gordon, St Vincent, and Lorde). 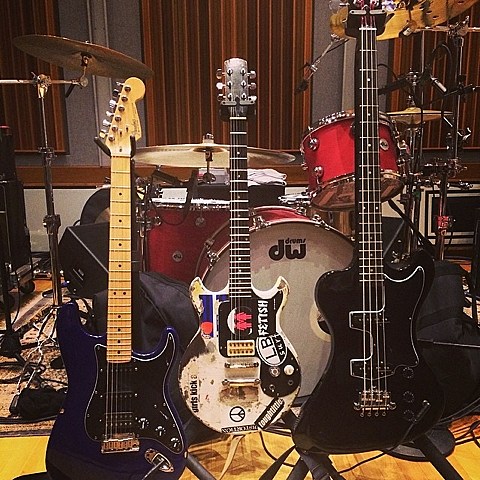 As mentioned a few times, this year's Rock and Roll Hall of Fame induction ceremony happens this Thursday (4/10) at Barclays Center with Nirvana, Kiss, Peter Gabriel, Hall and Oates, Cat Stevens and Linda Ronstadt all being inducted. You can still get tickets (though Ticketmaster says "not many left"). Since this is also a TV broadcast, Gotham Casting is also helping to fill certain seats which means free tickets are also available, but you have to RSVP for a chance for one of them, and they might not be the best seats (there's a chance you won't be able to see at all, make sure to read the fine print before you RSVP).

In terms of Nirvana's induction, as you may know, Kurt, Krist and Dave (but not Chad) are getting inducted, and Courtney & Frances Bean will be there to accept Kurt's award despite any awkwardness between Courtney and Dave. Krist also recently hinted that there'd be some kind of performance too. Of course the issue of "Who will front Nirvana?" at these things is always a touchy subject (and apparently the answer can't just be "no one"). Paul McCartney has done it, but not to sing a Nirvana song. As many have pointed out, a not-so-mysterious Foo Fighters instagram hints that the singer in question this time may be Joan Jett. The instagram (pictured above), shows what appears to be Joan's Melody Maker, Dave Grohl's kit, Krist Novoselic's bass, and Pat Smear's guitar as well. Could be worse?