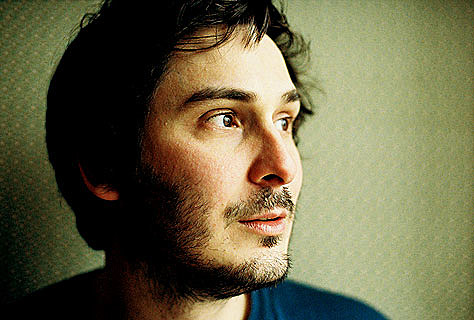 Joan of Arc, the primary project of Tim Kinsella, is set to release his/their gazillionth album on November 27 via Joyful Noise (not Polyvinyl, who released most of their recent output). The album is self titled but also known as Charlie Chaplin and The Elephant Man and is made up mostly of Tim's acoustic guitar and voice. You can get your first taste of the album by watching the video for "King Song," which premiered today on Noisey, below. Also below is the album's cover art and tracklist.

Tim will be taking the album on a solo tour where he plans to perform in various living rooms across the US. That tour hits Brooklyn on November 5 and Asbury Park on November 7. Exact living room locations TBA. Tickets for the whole tour are on sale now.

Tim's brother Mike, aka Owen, just announced some shows too.

A list of all Joan of Arc dates, cover art, tracklist and video are below.