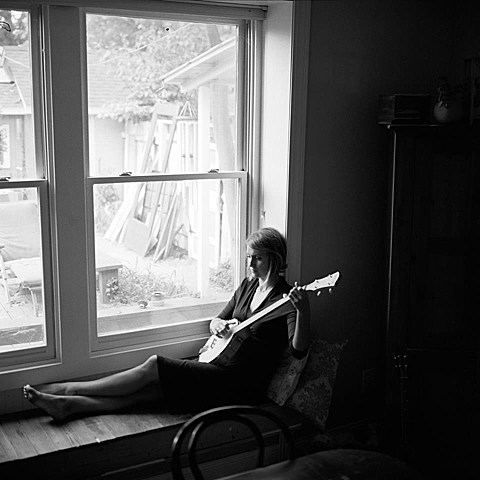 Louisville's Joan Shelley released her sophomore album, Electric Ursa, last year via No Quarter. It's an album of sleepy folk that's gotten some deserved comparisons to Nick Drake and Vashti Bunyan, and one that any fans of that kinda stuff should be checking out. If you've yet to do so, you can familiarize yourself by listening to "First of August" from the album, and watching a video of her and collaborator Nathan Salsburg perform the LP's title track, below.

Joan is about to begin a European tour earlier this month, but first she and Nathan play a one-off duo set at Brooklyn's Union Pool TONIGHT (2/12) with a special guest. Nathan also opens the show solo, and another Nathan, Nathan Bowles (of Pelt, and who recently toured with Elisa Ambrogio, who just added dates with Six Organs of Admittance) is on the bill too. Tickets are on sale.

All dates are listed, with the video and song stream, below...