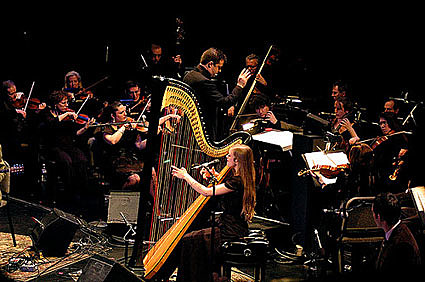 I went through a period of serious Joanna Newsom obsession. Then, I'm not totally sure what happened. I couldn't get into her last album, I didn't like seeing her play outside at McCarren Pool, and of course there was that stupid fur hat. Well, after last night's part-orchestral show at BAM in Brooklyn (Jan 31, 2008), all is forgiven.

The show was split in half by by an intermission. The first half of the show (the black dress half) was Joanna with full orchestra. The second half (the pink dress half) was Joanna and 3-piece band. I definitely never saw her play with an orchestra before, and I'm pretty sure it was the first time I even saw her play with more than just one person occasionaly accompanying her. She had a drummer, banjo player, and violin player in her non-orchestra band, and all of them were playing so good together, and singing backup .....I loved it. 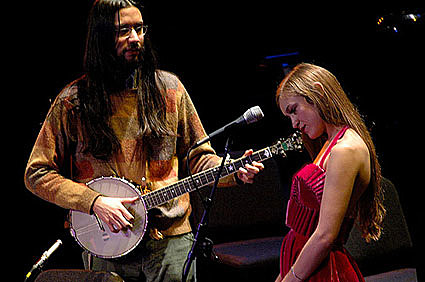 The Brooklyn Philharmonic Crchestra was great too, but it is the parts without them that stand out most in my mind - Joanna just being Joanna...singing the songs I love most....in a concert hall...with drums. The orchestra only played songs from the new album I think - songs arranged by Van Dyke Parks. The second half was mostly older stuff, and two completely new songs. Then for the encore she didn't play harp, or with a band, but instead stood and sang with her old friend what's-his-name accompanying her on banjo.

Being seated in a concert hall, with those acoustics, and a great band, and hearing those songs....it brought back all the good feelings I used to have listening to the The Milk-Eyed Mender over and over and over and over. I didn't want the show to end. I think I may be obsessed again. More pictures below.... 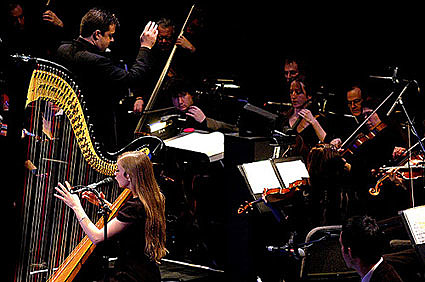 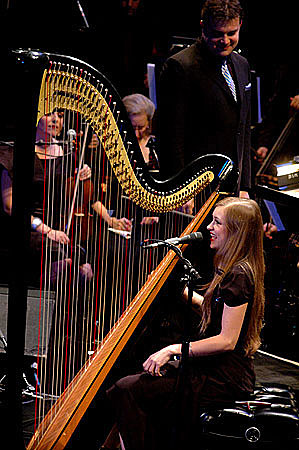 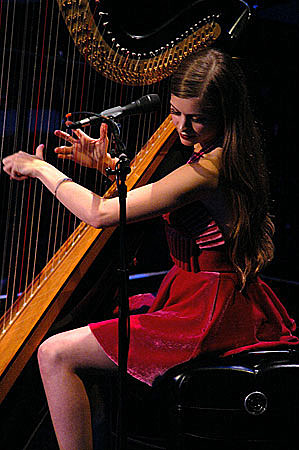