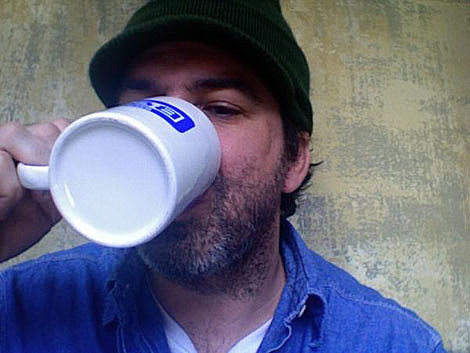 Joe Pernice (of Pernice Brothers, Chappaquiddick Skyline and Scud Mountain Boys fame) wrote about The Smiths album Meat is Murder for the 33 1/3 series, one of the few (only?) titles that was a short story, not an essay. That led directly to a book deal for Joe's first proper novel, It Feels So Good When I Stop, due out August 6 on Penguin imprint Riverhead. That book will spawn a soundtrack, a single and a tour, including an August 7th show at Bowery Ballroom with The Walsh Brothers. (Tickets are on-sale.) Here's the back-of-the-book blurb:

In the vein of Nick Hornby's High Fidelity, Pernice's debut is a coming-of-age tale for the modern-day slacker, and an unlikely love story with a masculine perspective--but with a mordant humor and unexpected warmth that will resonate with male and female readers alike. Set to a carefully curated soundtrack of Nick Drake, The Pogues, and Peter Frampton, It Feels So Good When I Stop is the story of a deeply flawed but irrepressibly likeable hero stumbling towards adulthood, learning about heartbreak and redemption, and struggling to love and commit on his own terms.

It's not a book for kids, which is a general way of saying it's not for anyone offended by raw language and sex. I sent an email to my family telling them that my book should not be read by anyone under twenty-one, anyone over fifty-five and Judy (my sister).

There's also a It Feels So Good When I Stop CD:

Though the book is not explicitly about music, there are quite a few incidental (and not so incidental) musical references throughout. Songs ranging from James and Bobby Purify's "I'm Your Puppet" to The Chills' "Rolling Moon" to "That's How I Got to Memphis" by Tom T. Hall to "Soul and Fire" by Sebadoh. Ashmont Records is planning on releasing in some form--somewhere around the publication of my novel--the "soundtrack" to It Feels So Good When I Stop.

The It Feels So Good When I Stop soundtrack is out August 4 on Pernice's Ashmont label, and features nine covers and one new song, though maybe not in this order:

And in what is maybe the most unbelievable part of this story, there's also a related 7" single coming out on Sub Pop, the home of Joe's old band The Scud Mountain Boys. Joe hasn't had the nicest things to say about the label in the years since leaving it. From the Ashmont press office:

Of course, this isn't really the confusing part. You're undoubtedly confused about us working with Sub Pop. I'm sure you've heard that back in the 20th century, before you were born, Joe had a multi-dollar deal with Sub Pop Records, and I was an employee there. In fact, I clawed my way all the way up to the position of VP of A & Argument, and signed about a dozen bands now remembered by about a dozen people, mostly from the Maritime Provinces (bands and people). One of those bands, from the Maritime province of Massachusetts, was of course the Scud Mountain Boys. This is where our crazy roller-coaster of a business affair began. We let you all believe, because it made for a juicy story and because we'll do ANYTHING to sell a record, that our relationship with Sub Pop was one of those classic big-bad-corporate-label vs. scrappy-underdog-artist and long-suffering manager they-done-us-wrong things. We let you believe it - nay, we perpetuated it - because we know how you like to support the "indie" artists. The truth* is that we felt that Sub Pop wasn't big enough for US, so at our request, they graciously SOLD Joe's and my contract to a 20-year-old venture capitalist (remember them?) who has since lost all of his money and is now backpacking around the world, holding poetry slams in third world countries. NOW we're indie. So please support us. But don't hate the music business. It only did our
bidding.

And in other news, there is also a new Pernice Brothers album in the works, their first since 2006's Live a Little. Here's what Joe had to say about it a while back:

There is another Joe Pernice album of original tunes threatening to hit the market sometime in 2009. I started tracking that record a while ago with Ric Menck, James Walbourne and my brother Bob Pernice. I was planning on calling it Light, Sweet, Crude (in my mind, all three words are adjectives), but some other band beat me to the punch. It's just as well, I suppose. I've decided to call the album Murphy Bed. (If that name is taken, I'm shelving the album for all time.) It's taken so long to wrap up because when I signed my book deal I decided to put all other projects on hold until the book was done. I mean, really, Riverhead/Penguin was paying me real money. If you think Ashmont Records, Inc. would do in kind, you need to get your wiring checked out. And anyway--the international financial crisis and a handful of bloody conflicts aside--the world has done just fine in my absence from releasing albums.

That's a lot for Pernice Brothers fans to look forward to. 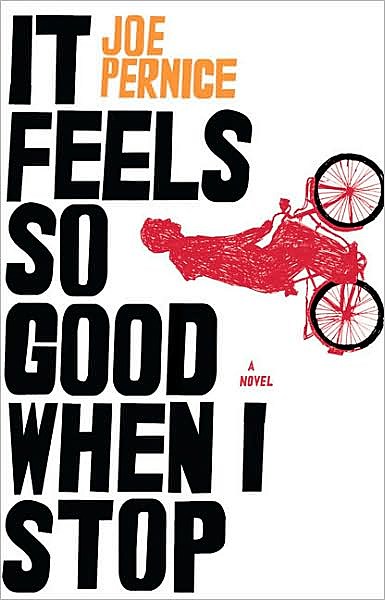