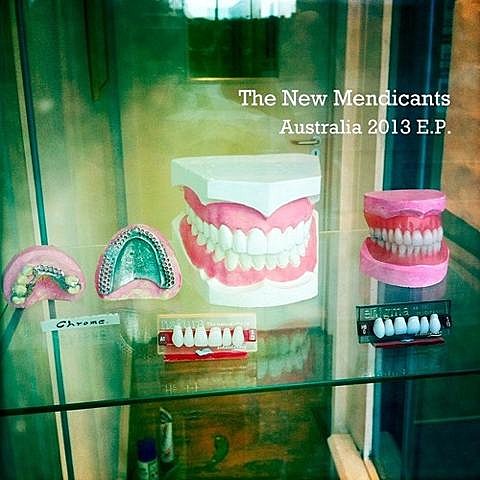 Joe Pernice and Teenage Fanclub's Norman Blake both call Toronto home these days and, what with their similar musical styles, have joined forces under the name The New Mendicants. They have recorded a 6-song EP for their upcoming Australian tour which includes three new songs, "covers" of Pernice/Blake songs as well as their take on INXS' "This Time" which you can stream below. The EP (cover art above) is being made available for non-Australians via the Pernice Brothers webstore. An album, titled The Book of Norman, is due out sometime in the near future.

In other news, Joe Pernice's '90s era country-ish band The Scud Mountain Boys (whose 1996 album, Massachusetts, for Sub Pop is a classic), have recorded a new album that is due out at some point this year. He's promising a new Pernice Brothers album too, though details on that are hazy at best. In the meantime, The Pernice Brothers' genuinely fantastic 2001 album, The World Won't End, recently saw its first-ever vinyl release which is well worth picking up. You can stream it below via Spotify.

New Mendicants stream and Australian tour dates are below.