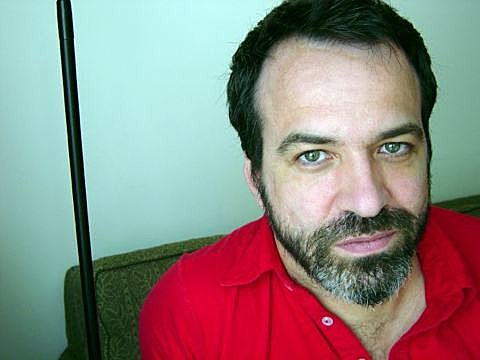 Joe Pernice spent most of the year with his old band Scud Mountain Boys who released their first new album since the '90s and toured for it as well. He also spent some time playing with The New Mendicants (his collaboration with Teenage Fanclub's Norman Blake). While he decides what to do next, Joe (who lives in Toronto these days) will be dipping below the border for a few shows with Wesley Stace (aka John Wesley Harding) in January. One of his shows happens in NYC at Rockwood Music Hall on January 10, though Wesley Stace isn't billed for that one. Tickets for that show are on sale now. All dates are listed below.

Meanwhile, you can catch Wesley Stace in NYC when his previously discussed tour hits City Winery on November 22. Tickets for that show are still available.

All of Wesley's dates -- including stops in Mamaroneck, NJ and Madison, NJ -- are listed, along with Joe Pernice's dates and a live performance from The New Mendicants on Australian radio (including a lovely Go-Betweens cover) below...

'Finding You' + 'Follow Me Down' - Norman Blake & Joe Pernice