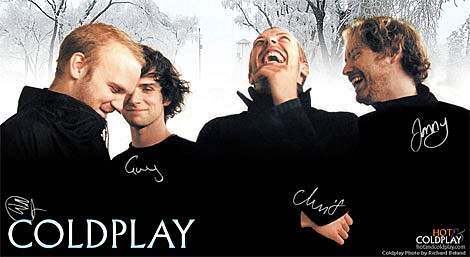 "I felt like a dagger went right through my heart. It hurt so much," Satriani says. "The second I heard it, I knew it was [my own] If I Could Fly."

As it turned out, Satriani wasn't the only one who noticed the similarity between If I Could Fly and Viva La Vida.

"Almost immediately, from the minute their song came out, my e-mail box flooded with people going, 'Have you heard this song by Coldplay? They ripped you off man.' I mean, I couldn't tell you how many e-mails I received.

"Everybody noticed the similarities between the songs. It's pretty obvious. It's as simple as that - when you listen to a song and you say, 'Wow, that's a real rip-off.'"

What makes the situation especially painful for Satriani is that If I Could Fly isn't just any song. It's a composition he'd been laboring over for well over 10 years before he recorded it.

"I started writing it on the Flying In A Blue Dream tour back in 1990. But because of the way I write, sometimes songs take a while, as this one did. In 2003 I started demoing it in earnest. I played it on the acoustic guitar on a demo so I could sing the melody, then I demoed it on electric to get the sound. And the performance turned out to be so spontaneous, so right and so emotional, that it wound up being a keeper."

..."That was the intent all along," he says. "It was a love letter to my wife, Rubina - a simple, direct expression of feeling.

"That's what really hurts about this whole thing. That I spent so long writing the song, thinking about it, loving it, nursing it, and then finally recording it and standing on stages the world over playing it - and then somebody comes along and plays the exact same song and calls it their own."

"Coldplay didn't want to talk about it. They just wanted this whole thing to go away." Joe Satriani... [the interview continues @ Music Radar]

just before Metallica was to record its first album, Kill 'Em All. At the time Hammett was taking private guitar lessons from now famous Joe Satriani..Hammett is one of the better-known students of guitarist and instructor Joe Satriani. In 2003, he was ranked 11th in the Rolling Stones "The 100 Greatest Guitarists of All Time".