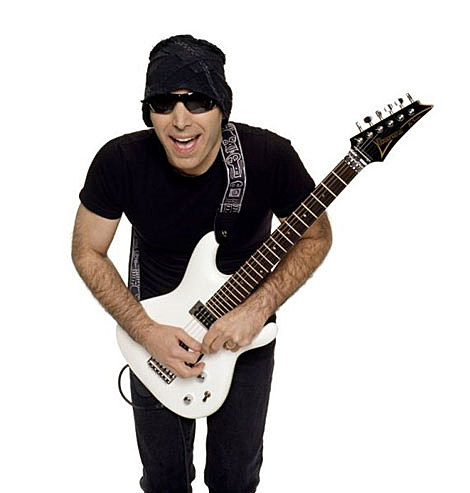 A noted guitarist has sued members of Coldplay, claiming the band's smash hit "Viva La Vida" copied parts of one of his songs.

The copyright infringement lawsuit by Joe Satriani was filed Thursday in federal court in Los Angeles.

The 52-year-old claims Coldplay copied "substantial, original portions" of his 2004 song, "If I Could Fly." The Coldplay hit, which was nominated for a Grammy this week, has topped charts around the world and been used to sell iPods in commercials. [AP]

Lawsuits suck, but I can't help thinking the idea of Joe Satriani suing Coldplay is awesome. And this is the second time Coldplay have been publicly accused of ripping off the same song from someone. The first, as you may remember, was NYC's own Sidewalk Cafe regulars the Creaky Boards, who, became YouTube-famous after posting a video comparing Coldplay's song to theirs. Joe didn't make a video, but someone else did for him. Watch both of them below...