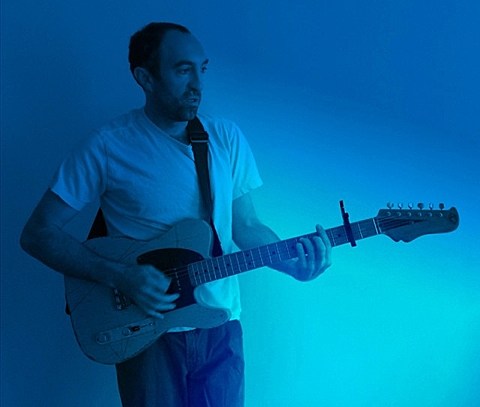 NYC's Joel Michael Howard has released two singles to date, both of which recall a lot of the singer/songwriter indie pop of the turn of the millennium (there's some strong Destroyer vibes to "Pete and Mary"). He's now signed with Ernest Jenning Record Co. and will release his debut LP, Love As First Response, on March 24 via that label. In addition to the two singles he's put out, Joel also has a cover of Tobias Jesso Jr.'s "True Love." Here's what he says about that:

Tobias is an incredible songwriter and so I asked my band if they would like to cover his song True Love. They said yes, and we proceeded to orchestrate something a bit in the realm of a cut-time-disco Blood, Sweat, and Tears track. I thought it was pretty fun, and that it went a bit against the grain of the song, so we went forward.

You can listen to that cover, and his two singles, below.

Joel has one local show coming up at the moment: a previously discussed gig at Knitting Factory on Tuesday (12/9) opening for Exit Verse (ex-Karate, Chisel, etc). Also on that bill is Leapling, who also have their debut album coming. It's called Vacant Page and is due 2/10 via Exploding In Sound (stream a track below). Tickets for the KF show are still available.