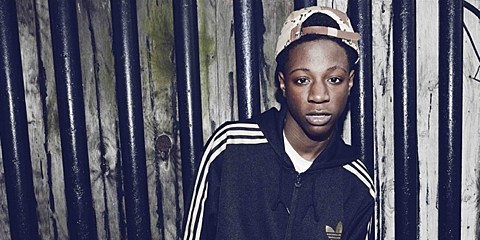 Brooklyn rapper Joey Bada$$ has announced the international "Beast Coast Tour" with fellow Beast Coast associates Flatbush Zombies and The Underachievers, which kicks off in Austin at SXSW and continues into early May. The tour hits NYC on April 20 at Gramercy Theater (note: the date has been announced as 4/21 in other places, but as you can see on Live Nation, the venue is hosting Paganfest USA that day) (UPDATE: The show has been moved to 4/18.)

Tickets for that show are not on sale yet, but you can check Ticketmaster for updates. You may remember that all three artists on the tour previously teamed up in NYC for a Red Bull Music Academy/Boiler Room show in October during Flying Lotus' NYC takeover.

Before SXSW, Joey's crew Pro Era is playing a NYC show billed as CJ Fly & Pro Era at Public Assembly on March 6 with Wordspit, Dyme-A-Duzin, and many others. Tickets for that show are on sale now. No official word on whether or not Joey will be there, but he hates when people say "Joey Bada$$ and Pro Era", so maybe the CJ Fly (another Pro Era member) billing is meant as a play on that? The flyer for this show is below.

When the tour ends, Joey has a few festival dates scheduled, including The Roots Picnic in Philly. All dates are listed below.

Joey Bada$$ has been dropping tracks and videos left and right lately. Back in January, he released his single for Mountain Dew's Green Label Sound, which was a collaboration with DJ Premier called "Unorthodox." Then he followed that with a video with Smoke DZA for "Gotham Fucking City" off DZA's K.O.N.Y. tape, a diss track aimed at Lil B (in response to Lil B's diss to him), and another video with Smoke DZA, which also features Big K.R.I.T., for "Underground Airplay" off the Ecko Unlimited mixtape of the same name. You can stream/watch all of those songs/videos below. Meanwhile, The Underachievers just released the free Indiogism mixtape on Flying Lotus' Brainfeeder label. You can download the mixtape for free at DatPiff and stream it in its entirety below.

All streams the list of all tour dates below... 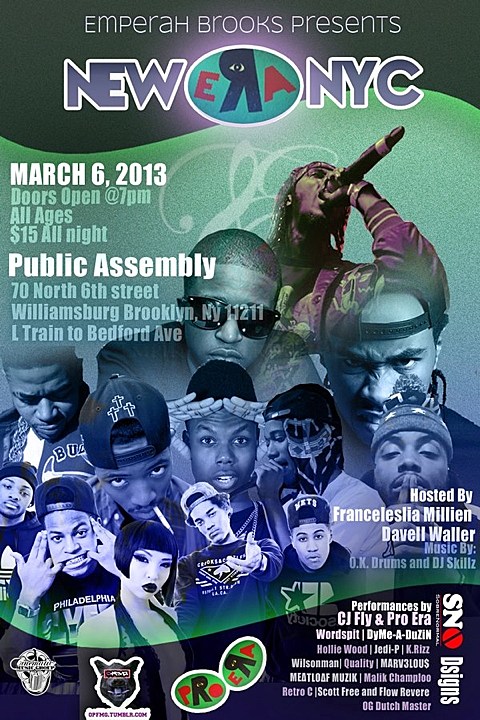