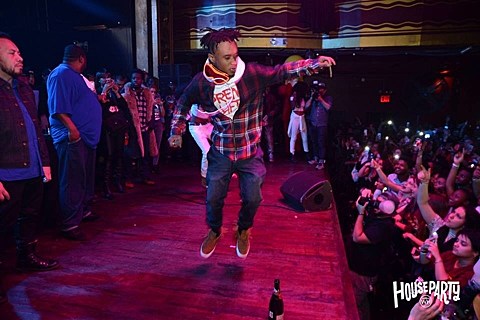 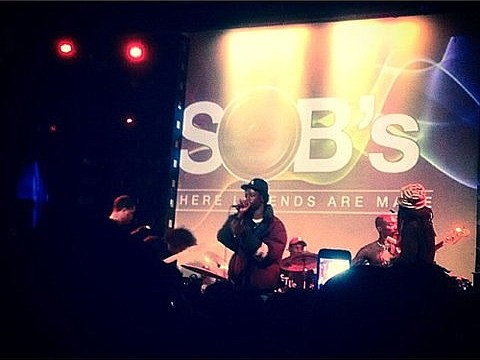 As discussed, Brooklyn rapper Joey Bada$$ releases his debut album B4.DA.$$ next week (1/20), and plays a hometown release show on Monday (1/19) at Rough Trade, which you have to buy the album to get into. It turns out that's actually one of three NYC shows he's playing that week.

Then on Thursday (1/22) at Webster Hall, he'll be the guest at Just Blaze's weekly House Party, along with Statik Selektah. Tickets are on sale for that one too.

Just Blaze has been killing it with his guests lately. He had breakout duo Rae Sremmurd last night (1/15). Anyone catch that? That's a picture from the show above, via Webster Hall's Facebook, where you can browse many more pics of last night.

Joey appeared live in NYC last night too, guesting at the Phony PPL show at SOB's. You can see a picture of that above as well (via). Today, he and producer Statik Selektah dropped another new track from his album, "Run Up On Ya," which features Elle Varner and Action Bronson (who has his own new album and upcoming NYC show on the way). Listen below...