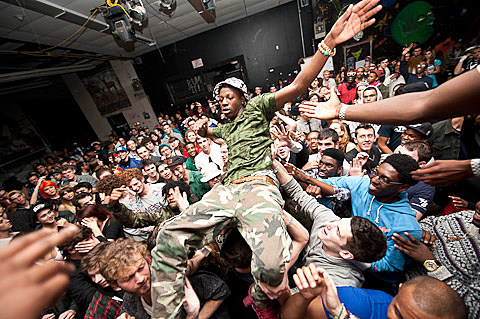 Brooklyn throwback rapper Joey Bada$$ has been playing locally a lot this fall, and he's got at least one more hometown show before the year ends. He'll be at 285 Kent on December 22 and tickets for that show are on sale now. No official word on whether or not his crew, Pro Era, will be there, but he does usually play with them.

Last month, Joey released the digital single for his track "Waves" off his 1999 mixtape, and on the b-side he's got the new track, "Enter The Void," which features a great verse from Black Hippy member Ab-Soul, who he joined on stage at Terminal 5 in September when Ab-Soul was opening for Kendrick Lamar. You can stream that track below.