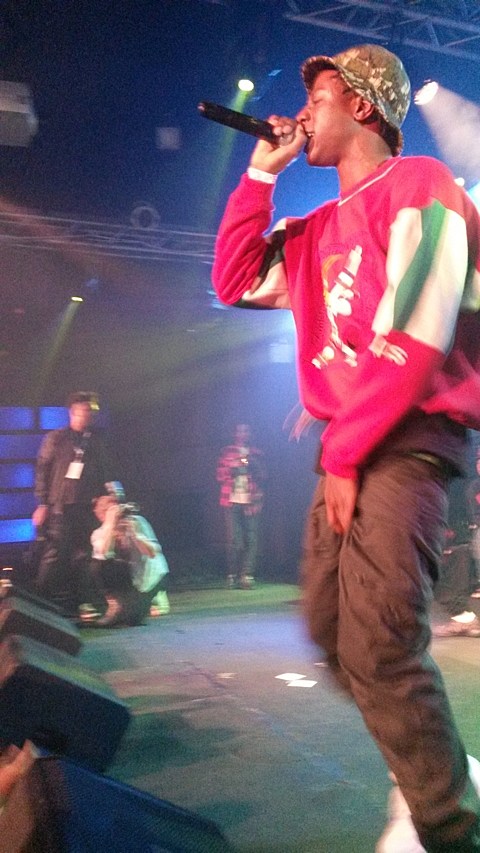 During a week where it seems anyone with a guitar is playing a show, the 7th annual CMJ Takeover brought hip hop heads from across the region to bask in a late-night showcase at Highline Ballroom on Thursday (10/23) featuring a different genre's hottest up-and-comers. In true hip hop fashion, the already late show (billed as 11pm) had trouble getting people into the venue, and festivities only began around 12. An otherwise jovial crowd struggled with the Sandman, and after standing in line upwards of three hours to get into the free show, they were hard to rouse. Still, the host Low Key didn't miss a beat during interludes, handing out anything - including weed and half-drunk beer - to get the crowd involved. The usual roll call of boroughs occurred multiple times throughout the night, and Bobby Shmurda viral hits spun between sets were shown more love by the young crowd than Biggie classics.

As for performances, the majority of the crowd was there to see 19-year-old Joey Bada$$ and his Pro Era crew, but that didn't stop the other performers from winning the crowd over. Raz Fresco, another youngblood from Toronto, brought his '90s revival style to the stage, quick-fire rapping over a medley of beats with a lyrical prowess that the crowd certainly appreciated. Sporting an oversized jacket and accompanied by slapping boom bap instrumentals, Raz fit in nicely with the Beast Coast caliber artists that value pure lyricism as he showcased some tracks from his upcoming debut "Pablo Frescobar".

An underwhelming set by Chicago drill rapper SD proved that trap anthems do not translate well to live settings when the crowd doesn't know the lyrics. At one point the ex-GBE rapper even said "I guess New York don't fuck with Chiraq" due to the lackluster response of the already tired crowd. The bass was overpowering on an otherwise crystal clear sound system and the lyrically sparse songs seemed to drag on. The set felt out of place in a lineup of lyrical rappers.

Following was Cozz who was just signed to J Cole's Dreamville label back in May. With his debut Cozz and Effect freshly released, Cozz brought the high energy of a hungry rookie for a short set that was the most refreshing of the night. Even after experiencing technical difficulties with his DJ and slipping up on some lyrics, Cozz remained upbeat, getting the crowd to chant along to "Knock the Hustle", the song that J Cole discovered and later remixed.

Smoke DZA, the self-proclamed "Kushed God" piggybacked Cozz's set with his crowd-friendly smoker anthems that filled the room with smoke within minutes. The towering rapper came out blunt-in-hand and wasted no time tearing through ethereal beats, going off on meandering a capella verses, and saying his catchphrase "Riiiiiiight" about 100 times. It was a communion by shared weed as he threw a lit blunt into the crowd and proclaimed "It's 2 am and I'm high as fuck". Songs of note were his remixes of Schoolboy Q's hit "Hands on the Wheel" and "Hearses", his collab with TDE's Ab-Soul.

It was 3am by the time DJ Statik Selektah took over, immediately putting on the instrumental to Joey Bada$$' "95 til Infinity". Joey and his Pro Era conglomerate had a polished set, with up-and-comers Nyck Caution and CJ Fly each getting their own segment of the show and the burgeoning producer of the crew Kirk Knight joined in for his hard-hitting track "Extortion" with Dyemond Lewis. Nyck Caution hit the crowd with a new track, and overall had the strongest stage presence of the Era. The highlights of the set were Joey's singles from his highly anticipated debut B4.DA.$$. Kirk Knight's gritty production on "Big Dusty" sounded great over the PA, and Joey's Method Man-esque rapping on "Christ Conscious" was theatrical and had the crowd bouncing still at 4am.

Notably absent from the lineup was Vince Staples, who was on the bill and is currently on tour with Joey Bada$$. The B4.DA.$$ tour with Vince Staples, CJ Fly, Kirk Knight and Nyck Caution comes to NYC's Irving Plaza on November 8 and 11. Tickets for those shows are still available.

A few more pictures from the show below... 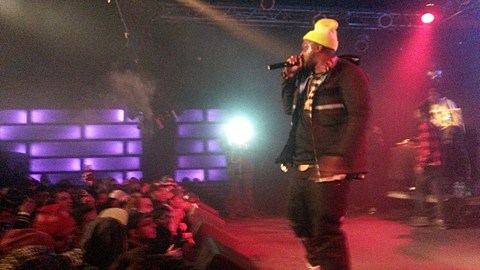 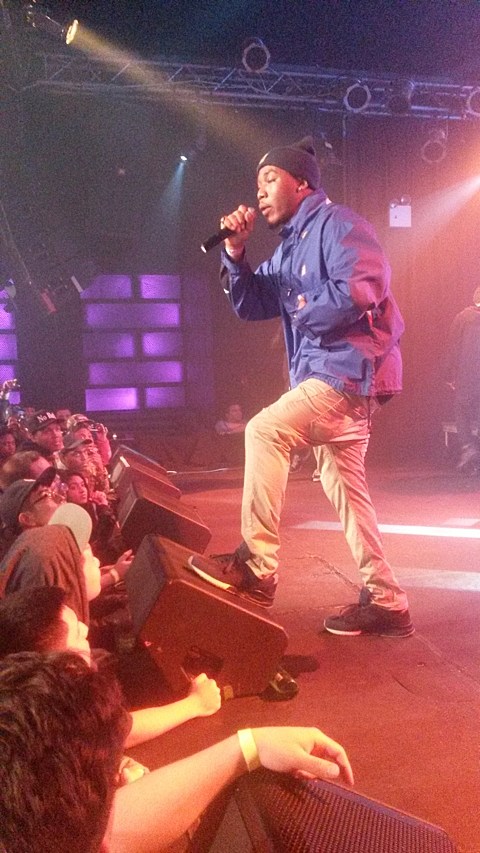 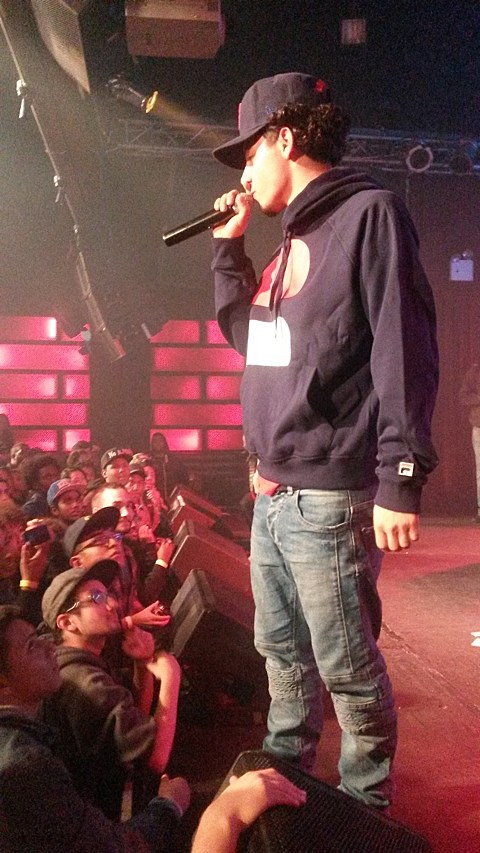