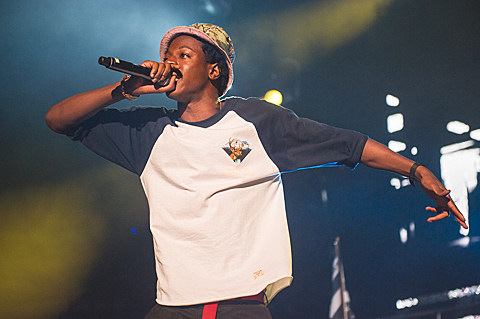 Brooklyn rapper Joey Bada$$ has been a pretty big deal for a while, but he's only finally getting around to releasing his debut album. It's called B4DA$$ and is due out sometime this year. No exact release date or tracklist yet, but Joey did recently drop a video for one of its singles, "Big Dusty." You can watch that below.

Like it seemed like he would, Joey will be performing as a guest with The Soul Rebels at their Brooklyn show this Friday (8/15) at Brooklyn Bowl, as he confirmed on Twitter. There's some other exciting guest rappers too, including Prodigy of Mobb Deep, Jean Grae and Skyzoo & Torae. Tickets for the show are available. It's Joey's only upcoming US date that's currently announced.