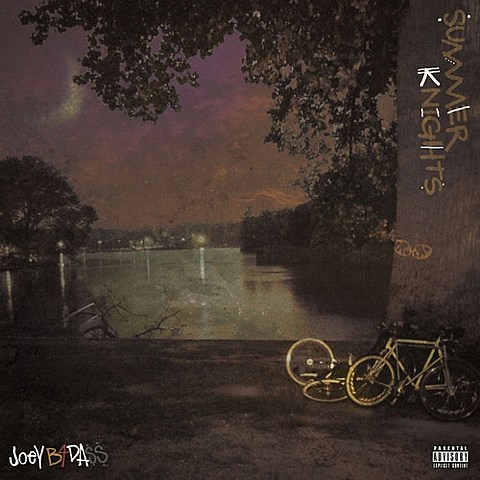 Brooklyn rapper Joey Bada$$ has been talking about releasing his debut album, B4DA$$, this year, and while we're still waiting for more details on that, he's announced that it will be preceded by a new EP/mixtape, Summer Knights, which is due out on June 12. Joey just revealed the first taste of that EP with a new track called "Word Is Bond." Like his early mixtapes, it's a throwback to the '90s rap era, complete with turntable scratches on beat, which was provided by Statik Selektah. You can download that track above or stream it below. The EP artwork is above too.

Joey will be celebrating the EP with a hometown release party the day it comes out at 285 Kent (6/12) with "special guests" and his Pro Era crew. Tickets for that show are on sale now. It happens about a week after he plays the Roots Picnic in Philly and the Summer Jam side stage at MetLife Stadium.

It's also around the same time Joey's friends/Beast Coast tourmates Flatbush Zombies and The Underachievers play a free show in Red Hook park.