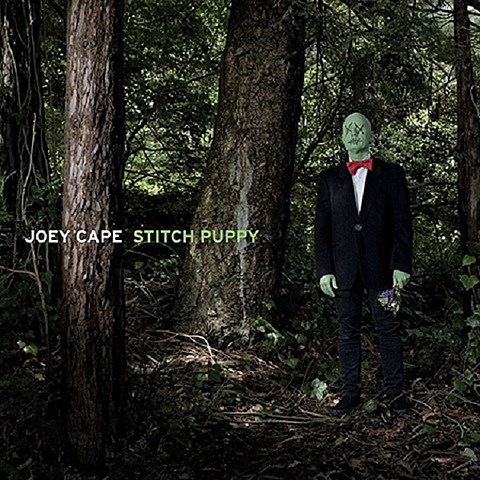 Fat Wreck Chords is having quite the year. A bunch of bands just wrapped up the label's 25th anniversary tour, including a band that's been on Fat for over two decades, Lagwagon. Lagwagon's frontman Joey Cape (also of Bad Astronaut and Me First and the Gimme Gimmes) is now set to release his third solo album, Stitch Puppy, which follows 2011's Doesn't Play Well with Others. It's an entirely acoustic album, using guitar, piano, cello, mandolin and percussion, and some of it ("Broken," "Cope," "Tracks") gets pretty melancholic. Longtime fans will surely dig, but even if you don't listen to Lagwagon (or punk at all), this is just a good singer/songwriter album. It comes out this Friday (pre-order) and the full stream premieres below.

Joey will be supporting it on tour with Walt Hamburger, Brian Wahlstrom and Jo Bergeron, and that tour hits NYC on September 30 at The Bowery Electric. Tickets for that show are on sale now.

All Joey's tour dates are listed, with the album stream, below...