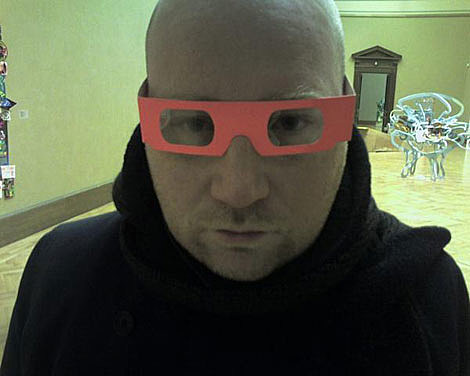 Composer Jóhann Jóhannsson of Iceland will be making rounds this spring with a slate of North American shows. The tour kicks off on April 20th, with a gig at NYC's (Le) Poisson Rouge on Friday, April 30th. Tickets are on sale. The next night (5/1) he'll be at Littlefield in Brooklyn. Tickets for that are also available.

LPR is the club where Jóhannsson made his US debut with a show last June.

& In the Endless Pause There Came Sound of Bees, Jóhannsson's score to the animated short film "Varmints," is being released by Type as a limited-edition vinyl (you might be able to find it now, though Amazon says it will be released on January 5th) and later in 2010 as a CD (it came out as a tour-only CD in July 2009). The trailer for that film and all tour dates are below...