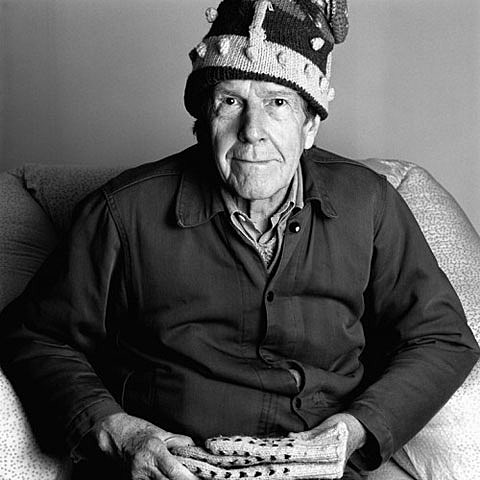 Philip Glass isn't the only 20th-century composer with a big birthday this year. Avant-garde composer John Cage would've been 100, and there are numerous chances to see his work (even more than usual) because of it. The shows below cover quite a bit of ground--eg. 1940's "Living Room Music" on the same program as 1991's "Four3"--and the best place to experience the pieces is definitely in a group.

Avant Music Festival, happening February 10-18 at Wild Project (195 E 3rd St at Ave B), explores the work of Cage at several shows. There's an afternoon/evening program on Saturday, February 11th, which includes a 4pm performance by Bang on a Can's Vicky Chow of Cage's "Sonatas and Interludes" for prepared piano, followed by a longer evening set. Tickets are on sale.

New music quartet loadbang performs as part of that Avant Music show, and will also presents an Evening of John Cage on Thursday, March 8th at Greenwich House Music School.

Issue Project Room, which just moved into a new home, has some Cage-related shows coming up, such as Stephen Drury playing his "Etudes australes" on February 24 and "On Silence: Hommage to John Cage" which features 13 new pieces that are all 4 minutes, 33 seconds long.

So Percussion hosts "We Are All Going In Different Directions--A John Cage Celebration" at Carnegie Hall's Zankel Hall on March 26th. They'll be performing Cage's music, as well as that of Matmos and Cenk Ergün (who should be appearing) and Dan Deacon's "Bottles." Tickets are on sale.

It's the last stop in a Cage-dedicated tour, which also visits Boston, Toronto and Austin (info below). On March 27th, recordings from the tour will be released by Cantaloupe Records as Cage 100: The Bootleg Series, a limited-edition package with a blank 4'33" LP, a CD of "tracks chosen by chance operations" and a full archive of the shows online.

Also part of that is John Cage Unbound--A Living Archive, an online project through New York Public Library, which is going to collect performances and talks of Cage's work by musicians and students (and user-submitted videos). It's also going to have an archive of scores, photographs and other artifacts. Two videos from that--one of pianist Margaret Leng Tan showing you how to prepare a piano, and one with So Percussion crumpling paper (they love to do that)--are below.

Check out more videos, including 4' 33" performed by an orchestra, Andrew W.K. and a wall, below...

Preparing the Piano for Bacchanale, with Margaret Leng Tan

Preparing the Piano for Bacchanale, with Margaret Leng Tan from John Cage Unbound on Vimeo.

But What About the Noise of Crumpled Paper, with So Percussion

But What About the Noise of Crumpled Paper, with So Percussion from John Cage Unbound on Vimeo.