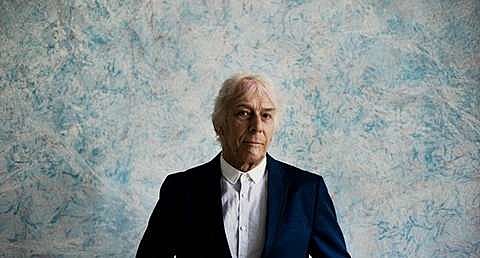 John Cale has signed to Domino imprint Double Six who will release his new album Shifty Adventures in Nookie Wood on October 1. The former Velvet Underground member made the album at his own studio in LA, "experimenting with MPCs, pounding fists onto pianos, manipulating glitches and lots of signature viola drone while patiently waiting for songs to reveal themselves." Danger Mouse helped out on the album's opening track, "Let Me Talk 2 U." No songs have been released from Shifty Adventures in Nookie Wood (what a title!) but the tracklist is below.

Cale has a busy year ahead. In addition to the new album, he's readying to works for the BAM Next Wave Festival, both of which premiere in January 2013. Life Along the Borderline: A Tribute to Nico is making it's world premiere at BAM on January 16; and the performances of his 1973 album Paris 1919 with the 20-piece Wordless Music Orchestra happen January 18 and 19. Season tickets for BAM Next Wave go on sale to Friends of BAM starting June 11 with individual tickets to shows beginning August 6. Ticket info is here.