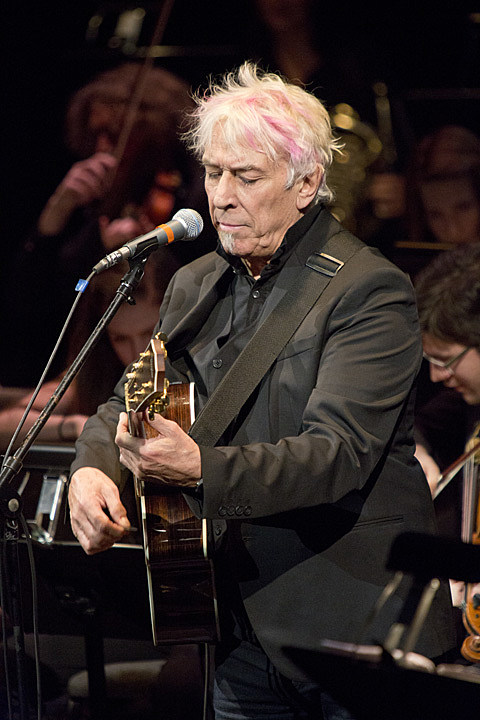 A. It happens to be the one album where I finished all the songs before I went in to record. I wrote them when I had just moved to Warner to work in A&R. I took an office job and I was there every day, and I was writing these songs. After a while I realized, "This is nostalgia, pure and simple: I'm writing about the stuff that I miss about Europe." I wasn't writing to the album's title; I gave it the title afterward, and what it meant was: "Here we are in the height of the cold war; how did we get here?" This album seems to be about how we got there, looking back to the Versailles Treaty [signed in France in 1919]. - [NY Times]

Then on Friday and Saturday (1/18, 1/19) Cale collaborated with the Wordless Music Orchestra to perform his 1973 album, Paris 1919, in full, plus other songs from throughout his long musical career. Pictures from Friday's performance are in this post. 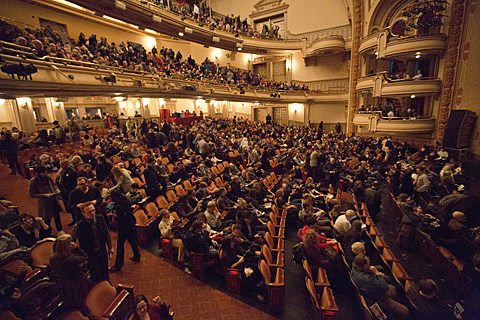 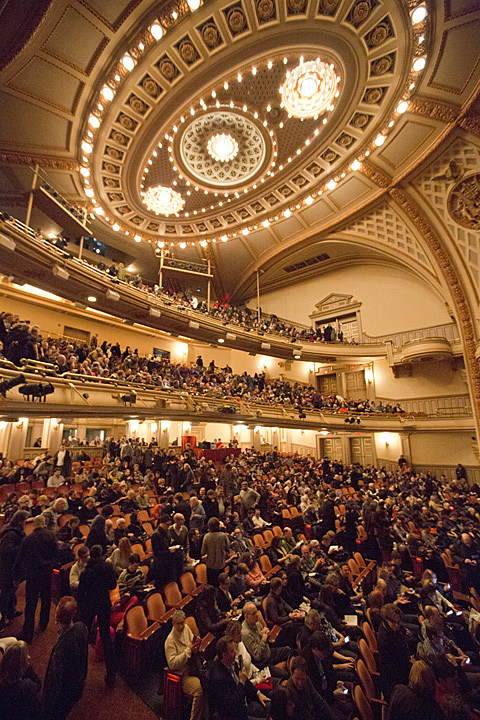 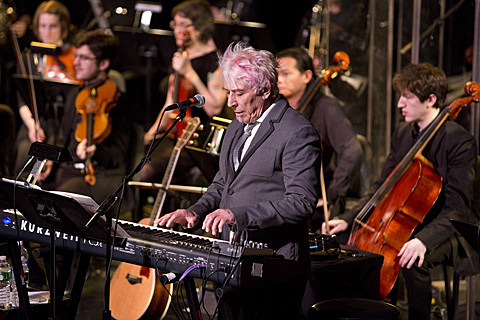 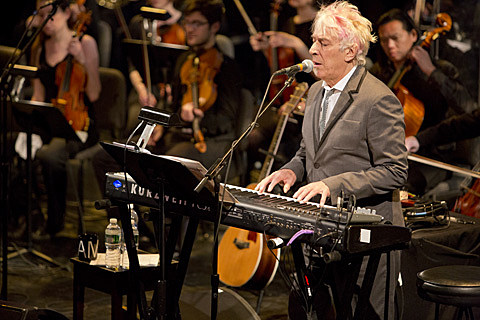 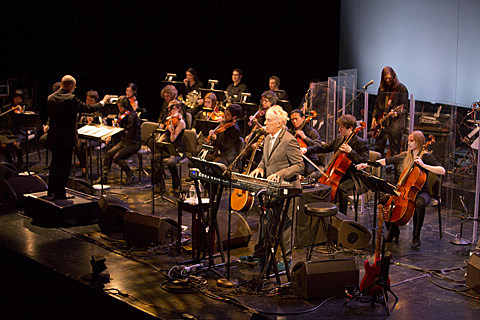 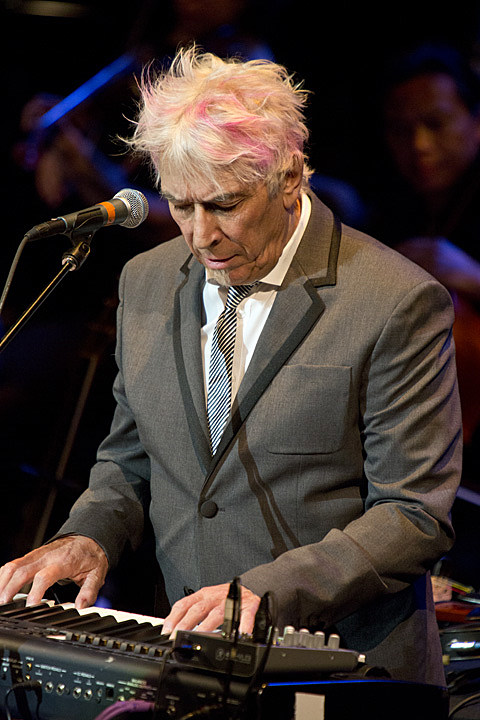 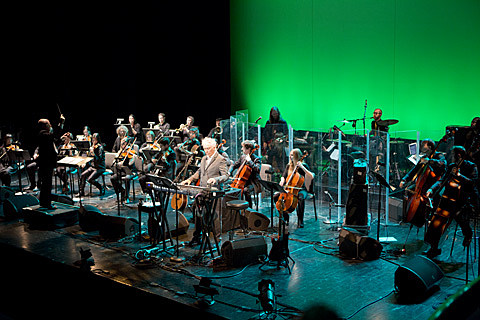 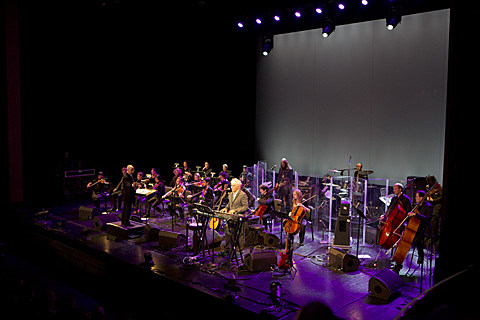 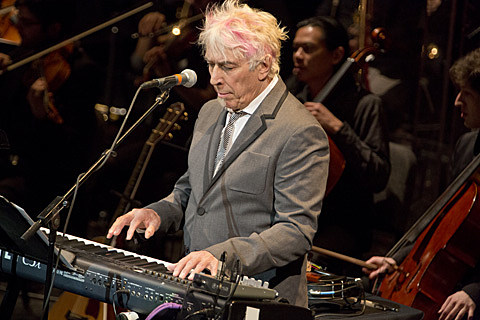 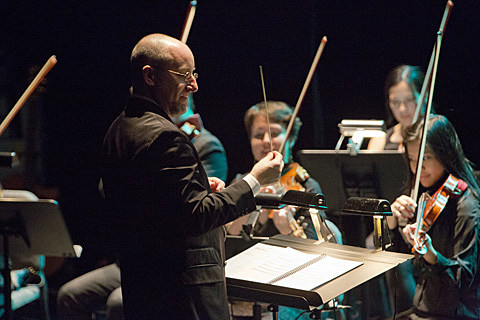 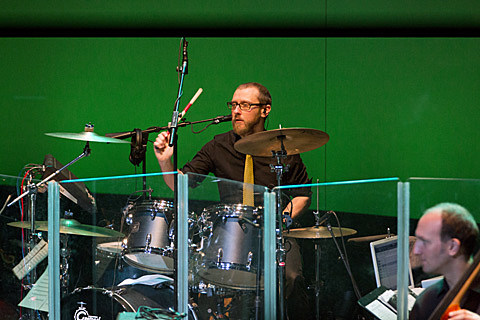 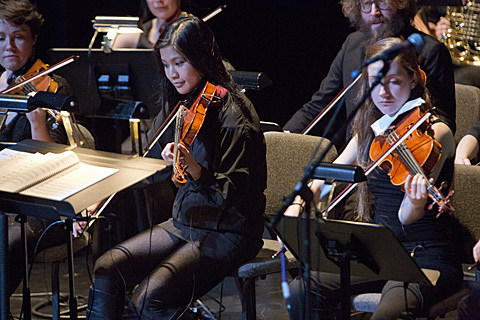 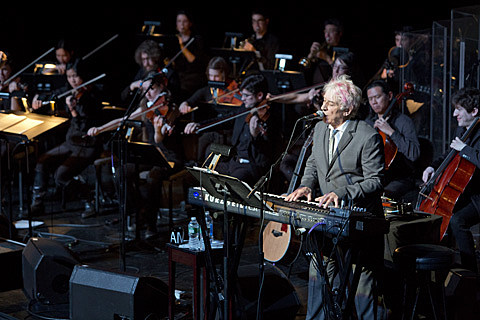 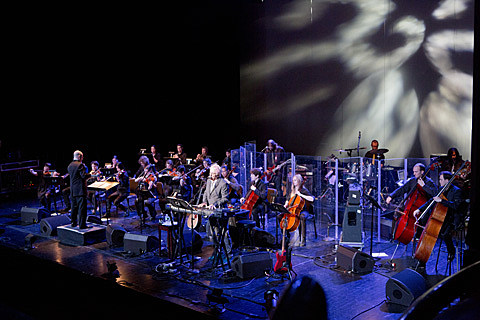 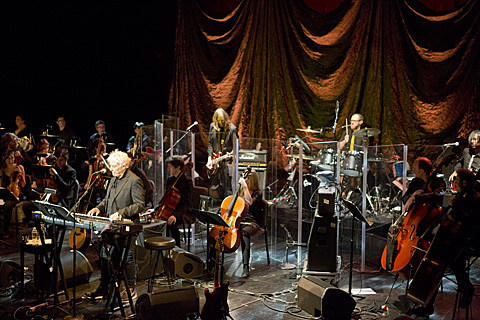 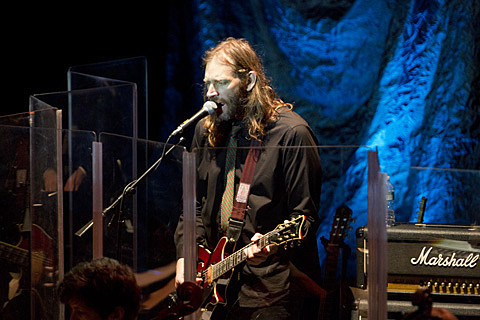 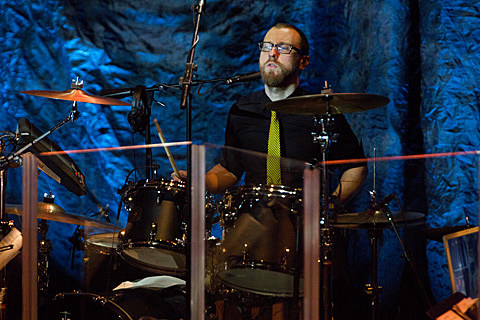 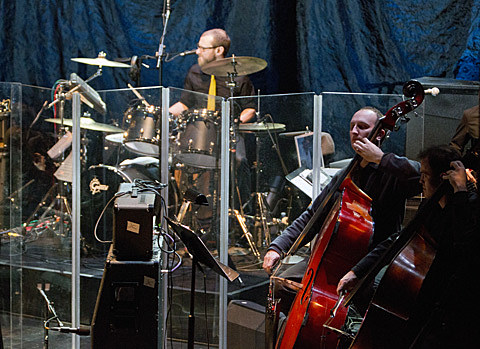 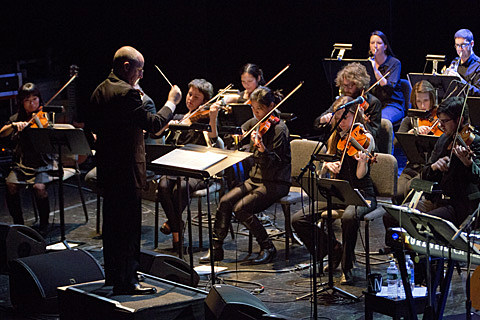 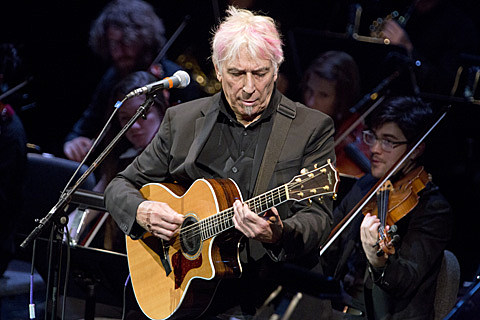 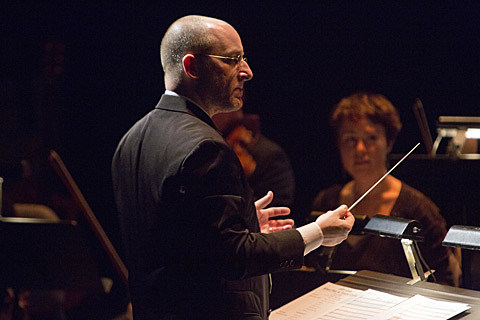 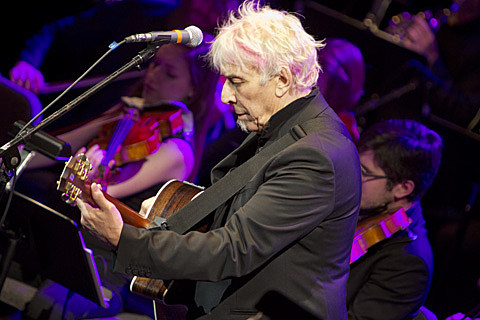 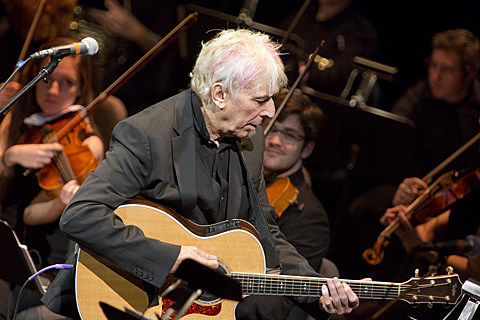 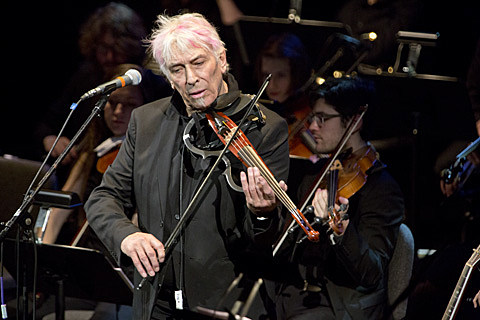 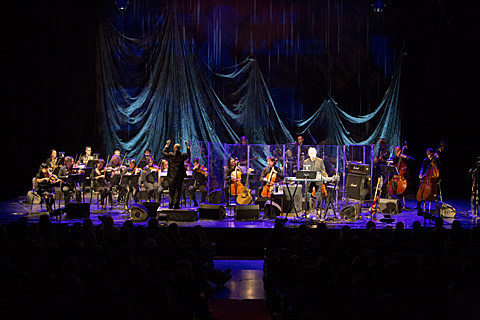 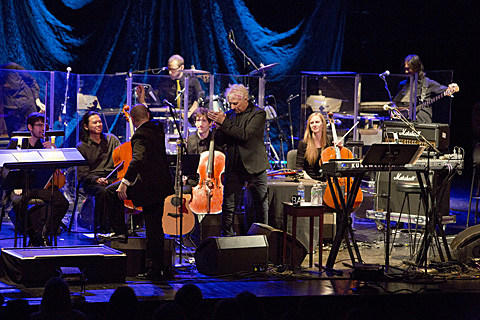 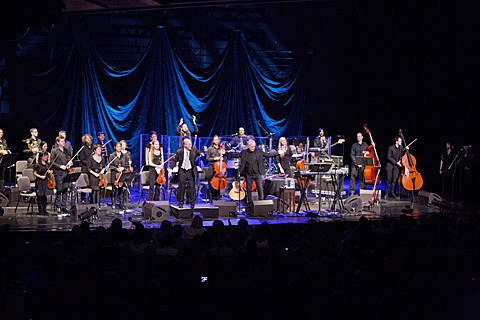 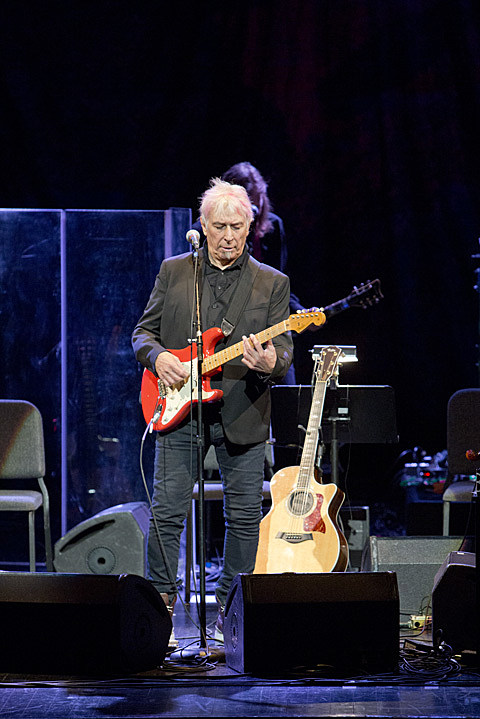