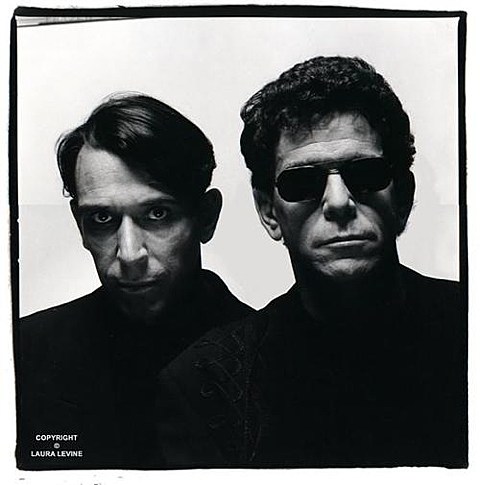 John Cale, the former Velvet Underground bandmate of Lou Reed, commented on his passing initially by writing "The world has lost a fine songwriter and poet...I've lost my 'school-yard buddy'" on his Facebook, and he since followed it with a longer, and very touching statement:

The news I feared the most, pales in comparison to the lump in my throat and the hollow in my stomach. Two kids have a chance meeting and 47 years later we fight and love the same way --losing either one is incomprehensible. No replacement value, no digital or virtual fill...broken now, for all time. Unlike so many with similar stories--we have the best of our fury laid out on vinyl, for the world to catch a glimpse. The laughs we shared just a few weeks ago, will forever remind me of all that was good between us.

Another Velvet Underground member, Moe Tucker, spoke about Lou in a Takeaway radio interview today. Listen to that, along with a video of Lou Reed and John Cale performing "Waiting For My Man" in Paris in 1972, below...