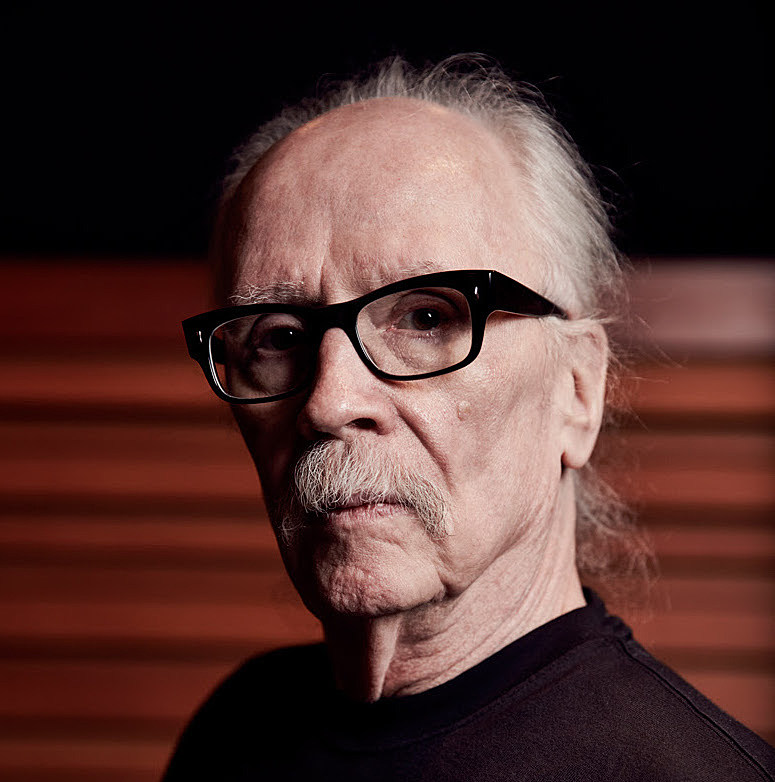 John Carpenter is releasing a new album, Anthology: Movie Themes 1974-1998, on October 20 via Sacred Bones. The album features new recordings of 13 of his classic movie themes, performed by Carpenter, along with his son, Cody Carpenter, and godson, Daniel Davies (who played on his Lost Themes records). It includes Halloween, Escape from New York, Assault on Precinct 13, They Live, and more...plus their take on Ennio Morricone's theme for The Thing. He released a few of these as 12" singles. Preorders, in a variety of special formats and editions, are are available now, and you can listen to the new recording of his theme to 1994's In the Mouth of Madness below.

Meanwhile, John Carpenter and his band will be on tour playing his classic themes and other work and dates include Los Angeles' Hollywood Palladium on Halloween night, and NYC's Terminal 5 on November 16. Tickets for both the Hollywood Palladium and Terminal 5 shows go on sale Friday, August 25 at 10 AM local time, with various presales starting before that.

All tour dates are listed, along with Anthology's artwork and tracklist, below.