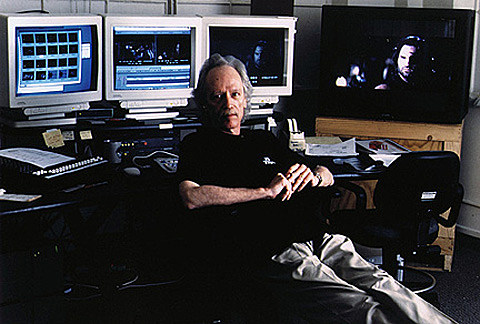 As some of you may know, in addition to being a great genre filmmaker, John Carpenter is no slouch as a musician, having scored most of his movies himself. His synth-heavy late-'70s / early-'80s work (often made with Alan Howarth) -- like Assault on Precinct 13, The Fog, and the iconic Halloween three-note score -- have proved almost as influential as the films they were made for, especially in electronic circles..

In early October, Carpenter appeared at this year's sci-fi conclave, the Beyond Festival, where he told the panel crowd that some of his unused music from films was being culled for a new compilation titled Lost Themes to be released in 2015. At the time, no other information was given but it looks like it will be released by Sacred Bones (who recently reissued the soundtrack to David Lynch's Eraserhead). A dedicated site is up with clips from Carpenter's films playing on a loop set to a pulsing piece of music called "Vortex," which is pretty recognizable as Carpenter's work (sounds mid-'80s-ish to these ears, maybe around Big Trouble In Little China). You can stream it over at Sacred Bones.

Carpenter's Sacred Bones labelmate Marissa Nadler included him on a Halloween playlist she made today.

Some of John Carpenter's film scores -- which are definitely Halloween appropriate -- are below.