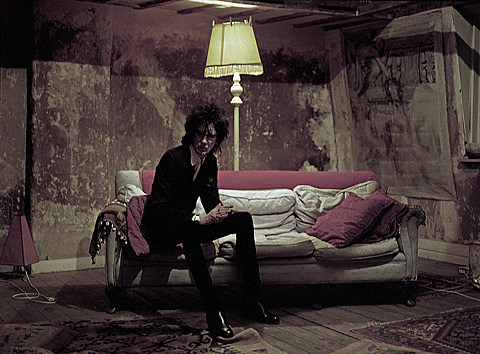 UK punk poet John Cooper Clarke had to cancel his last NYC visit due to visa issues, but he's now announced a new round of dates on the East Coast this spring. The new NYC date will be May 7 at Music Hall of Williamsburg. Tickets for that show go on sale Friday (1/24) at noon with an AmEx presale on Wednesday (1/22) at noon. All dates are listed below.

John Cooper Clarke recently collaborated with fellow, still-going Mancunians Inspiral Carpets on the song "Let You Down." That's from Spitfire, the Inspiral Carpets' first album since 1994's Devil Hopping. (The band is still led by organist Clint Boon but singer Tom Hingley is not in this lineup.) You can stream that, and watch an hour-long BBC documentary and a couple of other videos, below...